Ooops.. I Kinda Forgot About THAT Part (Throwback Thursday) 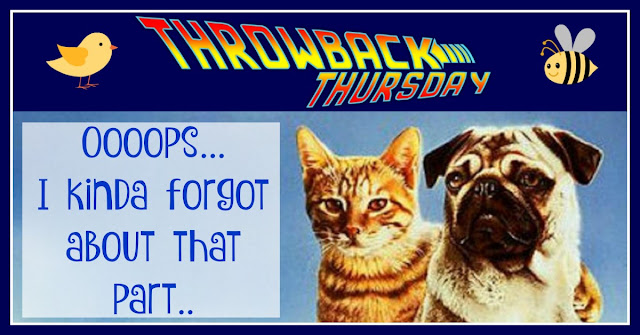 It's happened to all of us at one point or another.  We put on a cute kids show, something we remember as being safe for them to watch, lacking questionable content.  All is well, the kids are into the show and are staying out of trouble when THAT part comes on.

For my Throwback Thursday posting, I'm revisiting the day when that exact situation occurred.   However, my reaction now is much different than it had been when that first happened.

The more I have given this topic thought as to when exactly the right age for the  "miracle of life" discussion was appropriate to have with my kids, the more I realized that there isn't really an age. This is a topic that really never should have been taboo or "age appropriate" to begin with.    I was really reminded of this the other day when I saw another mother say that she had taught her 7 and 9 year old boys that "God delivered the baby to the hospital where we picked them up".

We live in a society today where when we need eggs, milk or chicken, we just run to the grocery store and everything is already neatly packaged for us for our convenience.  However, this hasn't always been the case.  Just a few generations ago, kids lived and worked on the family farm and from a very early age, these children saw both animals copulating as well as giving birth.  It was a normal occurrence and it wasn't a big deal.  As the child got older, they eventually put the two events together and realized that the first led to the second.  The "big talk" wasn't really an issue. 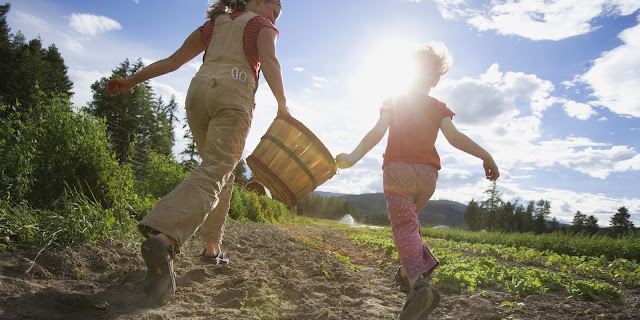 Fast forward to the present and we have suddenly made reproduction a major taboo subject that is reserved only for older students, if even then.  It's almost as if we've taken the miracle of life and turned it into something sinful - even when it comes to animals.  I've taken my kids to the Zoo and we've seen both Zebras and Giraffes mating while we were there and while we didn't make a huge production out of it, we also didn't rush away from the area in disgust as so many other mothers were doing with their kids.   One of our female cats has not been fixed (we were advised not to - the other two are both fixed) and when she goes into heat, the kids say that she is in "love mode".. Again, we don't make a big production out of any of this, but we're not going to shield it away from them either. 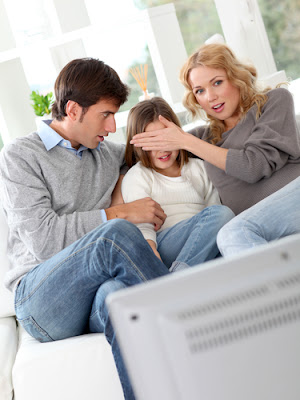 How can we as Christians take something as powerful and as miraculous as birth and turn it into something dirty?   We cannot expect kids to believe that babies are all a result of immaculate conception - when you act as if none of this happens then you actually are taking away from the miraculous birth of Christ himself.  It's not like we're inviting our kids into the bedroom or popping a pornographic movie on the tv and saying "Here kids, watch this and learn".. However, at a young age, kids are perfectly able to understand where baby kittens come from and as complex thinking develops they will eventually come to realize that something very similar must happen with humans.

I'm all for teaching kids purity and morals, however, I just don't think this pertains to the miracle of life.  I also feel we do a great disservice to our children by lying to them about topics such as these as it 1.) hinders their education and 2.) makes them question what other lies we have told them in regards to our own issues with  the topic.   I just don't think that a kid knowing where kittens, puppies, ponies or even their baby brother come from is going to lead them into temptation or corrupt their minds.  And I also believe we as parents make this a MUCH bigger issue than our kids will ever make it.

Today being Friday, we decided to have an easy day and watch a movie.. I gave a lot of thought as to what movie would grab the attention of both kids and give me some discussion material afterwards and kept drawing a blank, so I went over to the Teach with Movies website, put in the kids ages and looked through the list of what was suggested. Milo and Otis quickly caught my attention and I looked through the discussion questions provided and figured it was perfect.. I remember my oldest daughter watching that movie over and over again when she was little and how much she enjoyed it so I thought it would be great.. 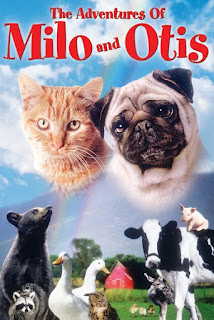 I guess you kinda block certain things out of your memory because I really did not remember the particular scene where the cat and the dog both give birth.

I don't have a problem with this.. its a fact of life and eventually I would have to explain where babies come from to the kids..Actually, I'm pretty sure its coming up quickly in our Science book so the topic would have been breached eventually.. As all of our animals are fixed, the kids haven't had the fun adventure of actually watching an animal give birth..

Imagine my surprise when I hear my youngest say "Mommy, the cat just pooped".. I'm thinking What?? I look up and there's a cat giving birth.. Then it shows that it's a kitten, to which the kids are like "Awwww, its a baby kitty".. Okay, cool..

Then it quickly cuts to the scene of the dog giving birth.. To which the kids thought the dog just laid an egg.. LOL

Not really sure why the movie had to focus in on the genitalia of animals giving birth. LOL

Guess we had to have that discussion a tad bit sooner that I was expecting.. The discussion questions went out the window as I had to then answer questions about why baby animals come out of their momma's butts..