What's in the Sky - November 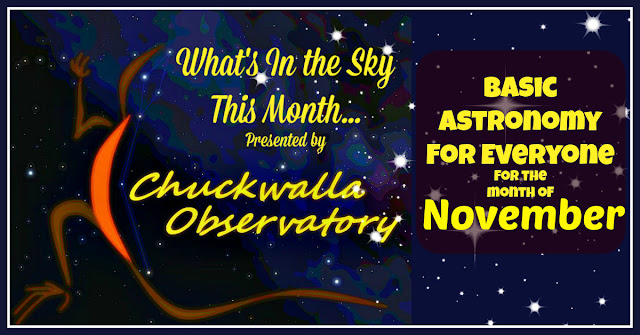 November is here and I was able to touch base with Charles from Chuckwalla Observatory to get the monthly sky report from him.  He apologizes for not being able to provide the monthly report for the months of September and October as his full time job had him extremely busy at the time.

Once again, Thank you Charles for taking a moment out of your schedule to provide this information.

What's in The Sky This Month? 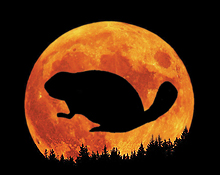 Moon phases in November
Nov 11 is the date of the new moon for the month of November.
Nov 25 is the date of the full moon. During this time of year the Native Americans took the opportunity to set beaver traps before rivers began to freeze over. That is why this full moon is also known as the Full Beaver Moon, or Full hunter Moon. 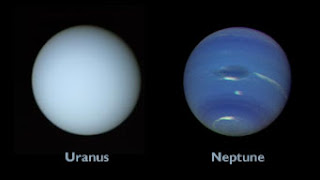 Both the ice giants Uranus and Neptune are up high after sunset. Although they are both pass their prime for this year, they are both still observable in the early evening hours. Neptune sets first, at around midnight by mid-month. Uranus stays out later into the wee hours of the morning. Although the ice giants are considerably larger than Earth, their extreme distance from us means they appear tiny in the sky. At magnitude +5.7, Uranus can be spotted by eye under dark conditions with little light pollution. Neptune, at +7.8, it just too dim for most to pick out of the sky by eye. However, even a small telescope will readily reveal their striking blue colors. If your interested in taking a peak at the ice giants, now is your last chance before they descend from sight for a while.
Jupiter is starting to make a come back this month, but you will nee to stay up late or get up early to see it. It doesn't crest the horizon until about 1:30am by mid-month, and you'll need to wait a few hours afterward to get a decent telescopic view. Jupiter's apparition is still young, there is plenty of time to get some great visual observations later into it's cycle. It won't be at it's best until March 2016.
Venus rises not long after Jupiter, and at magnitude -4.2, looks strikingly bright in the morning sky. Again, you'll need to be an early riser to see it's brilliance.

Special Events
There are two meteor showers in the month of November, one minor and one average.
The first shower of the month is the minor Taurids meteor shower on the night of Nov 4th/morning of the 5th. This one only produces about 5-10 meteors per hour that appear to radiate from the constellation Taurus. The second quarter moon will interfere with this shower's visibility after midnight. 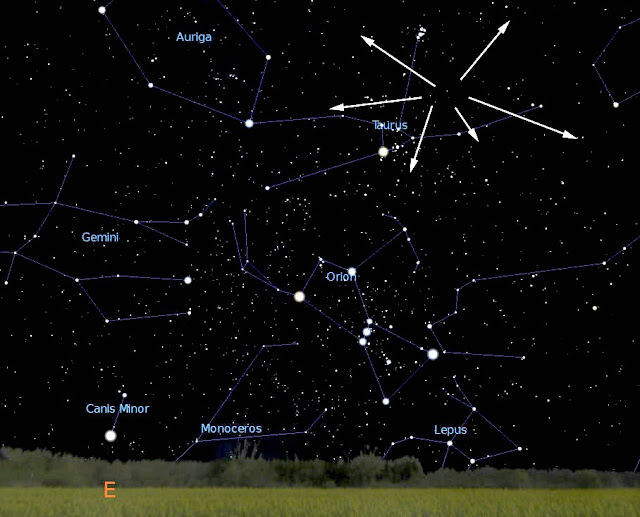 Shower two occurs on Nov 17-18. This one is the Leonids meteor shower, coming in from Leo. This shower is a better producer, averaging 15-20 meteors per hour. The moon will set right after midnight, leaving the best part of the shower on the morning of Nov 18th in excellent viewing conditions. 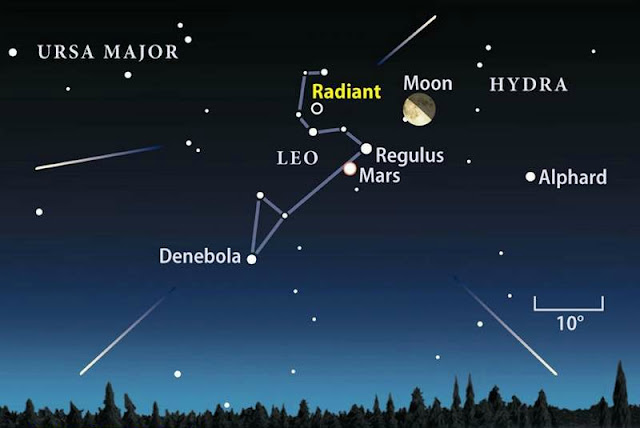