What a Way to Start the Day

Ever have one of those days where the moment you wake up, you just know it's going to be a pretty miserable day??

That's how yesterday was.

First, my dog woke me up way too early. This was after it took me forever to fall asleep because I couldn't stop coughing.  Kenny typically doesn't wake me up to go outside, but today, he did.. Because he obviously dug something out of the garbage can that did not agree with him.

After letting him out, I decided to check my email since once I'm awake, I'm awake for good..

And this is what I found. 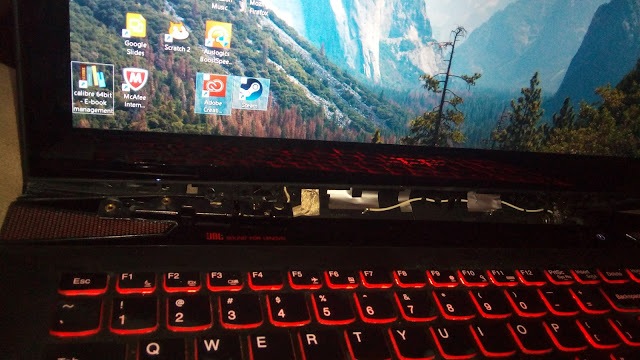 Sometime between the time I went to bed and the time I woke up at 7am, my computer took a nice spill to the floor and magically replaced itself where it was.   Turned out, Garrett woke up sometime during the night and came into the living room and knocked it off the couch.  Luckily, it still works.  Hopefully, I can limp it for a bit of time as I can't afford a new one til taxes. :(

As if that weren't enough.. Remember I mentioned that the dog must have eaten something that did not agree with him?? Well, unbeknownst to me, he had an accident sometime during the night near the sliding door in the back half of the living room.  I never go over there, so I didn't catch it right away.  Garrett found it, with his shoes..And proceeded to track it all over the carpet.. 10 minutes before we had to walk out the door to my husband's unit picnic.  Garrett, then afraid I would be upset at him, proceeded to try to clean the mess off his shoes himself, instead smearing it all over them.  *Rolls Eyes*

Soooooo, after scrubbing his shoes in the tub to get them clean, I had to drag out the carpet cleaner and clean the carpet.  OOH what a way to start the day.

But, thankfully, that seemed to be the end of the bad luck..  I did manage to get the carpet cleaned before we had to be at the picnic and so we headed out the door.   They were hosting a picnic with hot dogs and hamburgers at one of the parks on base for my husband's unit.  The weather was beautiful and the kids got to run around and play and meet a few new kids. 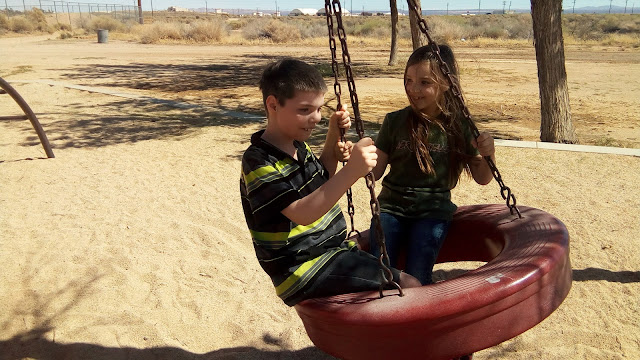 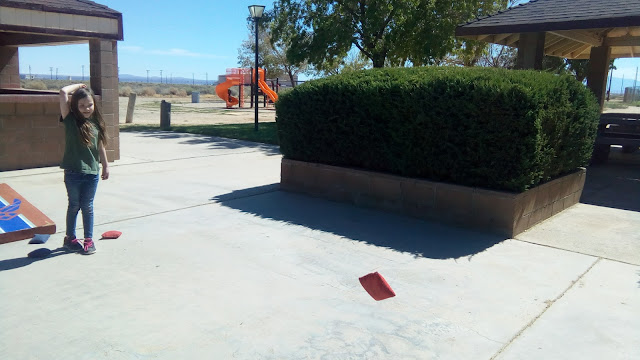 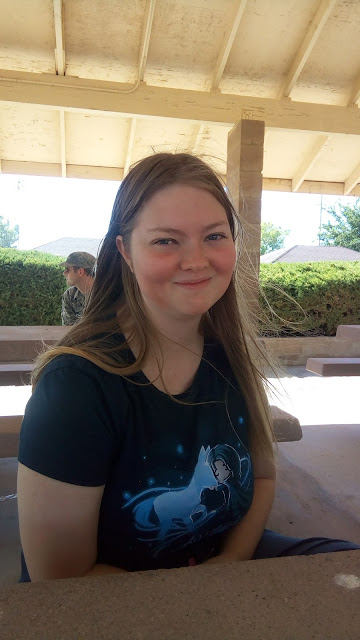 My husband took pity on me and rather than making me cook dinner, we ordered pizza..  So that means I got away without stepping 1 foot in the kitchen since we had lunch at the picnic.. YEAH Me!! ;)  However, I do not pay extra for 2 liters from the pizza place, because they charge like 4 bucks for them. So, we made Kool-aid.. Garrett ended up spilling a bunch on the floor while getting his serving. So, I thought it was a good time to teach him how to use the mop and clean the floors. LOL  It was time to mop anyway, as I had neglected doing the floors since first Garrett and then I were sick for the last few weeks. 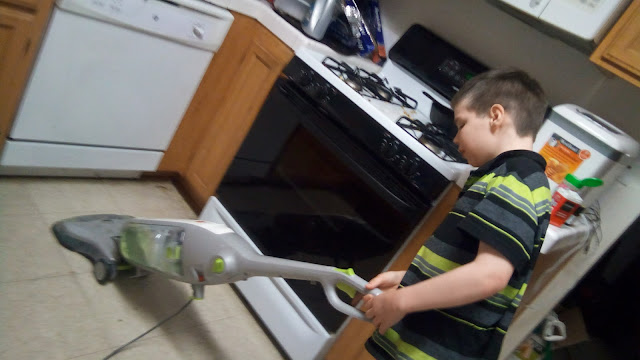 So okay, it wasn't such a bad day after all.  But I could have dealt without all the frustration in the AM.. lol
Posted by Brenda Prince at 3:03 PM