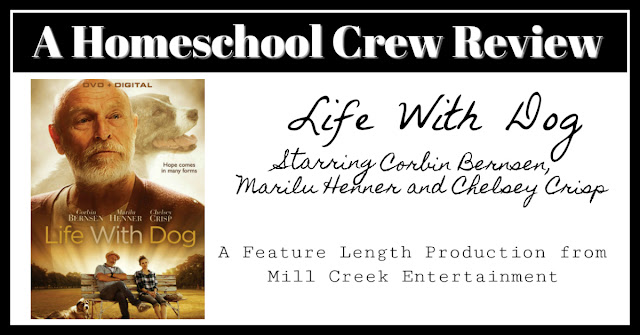 Members of the Crew were given the opportunity to review Life With Dog, a feature film released by Mill Creek Entertainment . 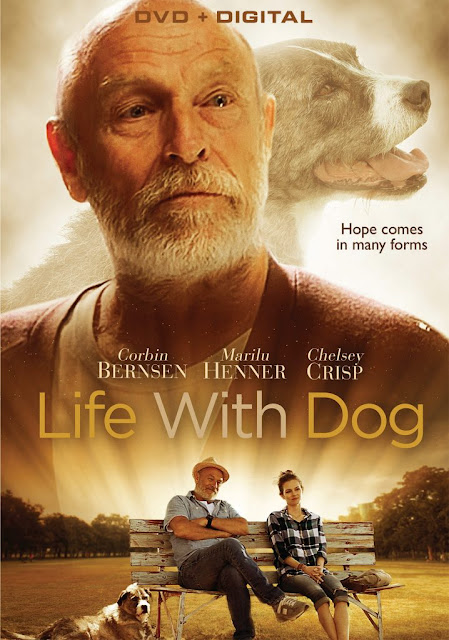 Life with Dog features the talent of Corbin Bernsen as Joe, a grieving widower who's wife, Alice, was killed tragically while riding her bicycle and struck by a hit and run driver.  Dealing with his grief,  Joe allows his responsibilities and other relationships crumble around him, neglecting bills and work to seclude himself in his home surrounded by his memories and his paranoia. 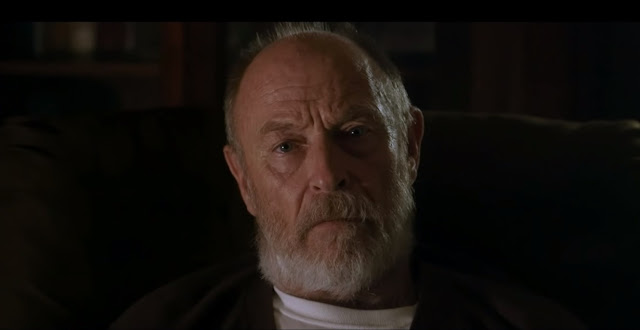 Even before his wife's death, Joe was a cynic.  While Alice was a Christian who had faith in Christ, Joe defines himself as a doubter.  Things have happened in his life where he's tried to rely on God for mercy and compassion, only to not have the results he was hoping for and feeling betrayed.   Losing his wife being the last straw - "Twice I tried, twice I was denied".

In the mist of Joe's decent into madness, a mangy mutt makes himself at home, forcing himself in oe's life.  Proving a calming presence for Joe to interact with, "Dog" eventually leads Joe to the answers he so desperately seeks. 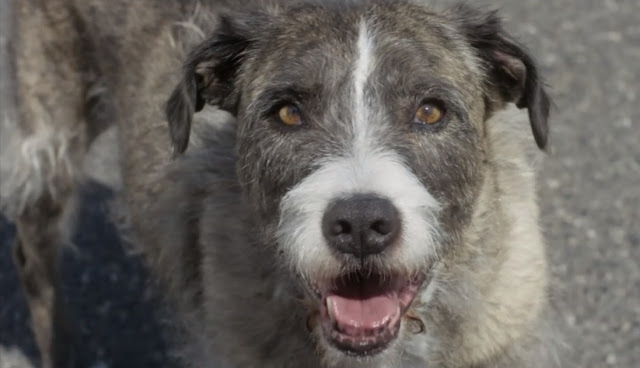 Life with Dog tackles many difficult topics in regards to our beliefs in God. Why does God allow such bad things to happen to good people?  Does God punish others in order to punish us?  Is there even a God at all?

This movie has a run time of 106 minutes.  In addition to Corbin Bernsen, it also features Marilu Henner as Alice and Chelsey Crisp as Joe's adult daughter, Zoey.  This movie was written and directed by Corbin Bernsen.  The DVD displays the movie in widescreen format with English subtitles.

I watched this movie with my oldest daughter and we both enjoyed it very much.  I've been a fan of  Corbin Bernsen for many years and his experience on the screen shines thru in this movie.   The pain and confusion of the character shines thru.

This movie contains some scenes which might not be suitable for younger viewers and while there isn't foul language, the "f-bomb" (the phrase itself, not the four letter word) is referenced a number of times and in one scene the adult daughter begins to call her father what is understood to be an explicit before stopping.  In addition, the main character pulls a gun on two individuals, roughs up an employee at a bank and punches holes in the wall of his home.  For these reasons, I would recommend this movie for a more mature audience of at least 12 years of age or older.

I will say that while the synopsis of the movie from the back of the DVD box mentions how Joe goes through a journey of discovery of God's love and of faith, I honestly did not pick up on this theme.  I really wish this theme had been given more time to develop, as we found the ending more about forgiveness of those who wrong us but not so much about God's love.   In comparison, a scene in which Joe is sitting with his daughter and the pastor who performed his wife's funeral service, in which Joe describes why he did not believe in a loving God, was probably one of the most emotionally moving scenes I have seen in cinema in along time.

Overall, this was a wonderful movie and I am looking forward to watching it again once my husband returns. 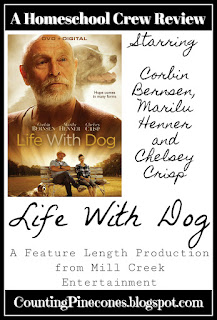 Be sure to click the banner below to read what the other members of the crew thought of
Life With Dog. Posted by Brenda Prince at 4:00 PM