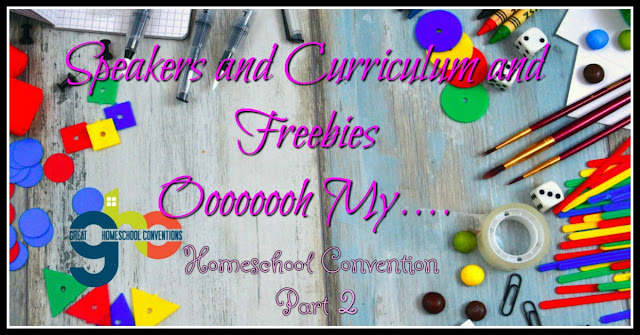 Probably the most exciting portion of a homeschool convention for most people is the vendors hall.  Who can resist all the shiny new curriculum.   While most of my family would be perfectly happy only visiting the Rainbow Resources booth (which I think we went back to at least three separate times), the homeschool parent in me loves just browsing and looking at all the wonderful offerings, many of which I had never heard of. 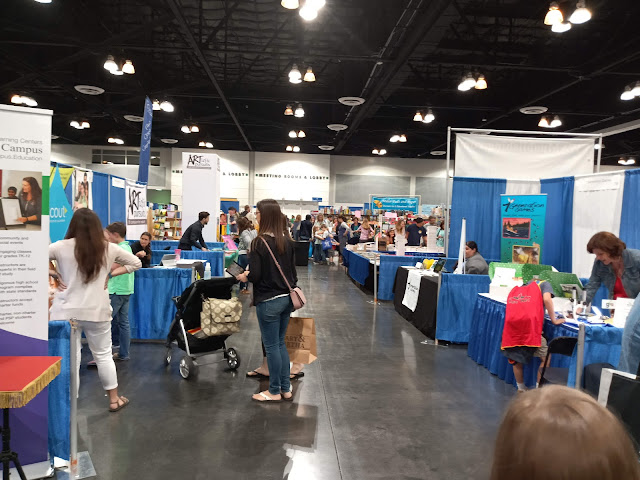 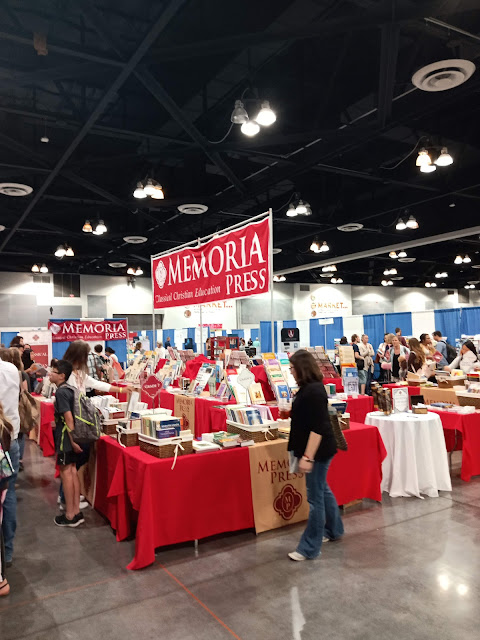 Speaking of the vendor hall - we were able to meet a few vendors that we have reviewed in the past..  Ashleigh was absolutely thrilled to meet Brenda Ellis from Artistic Pursuits (Artisticpursuits.com)  who was so sweet..  We love her art books and Ashleigh enjoyed showing her some of the artwork we have done using her art instructions. 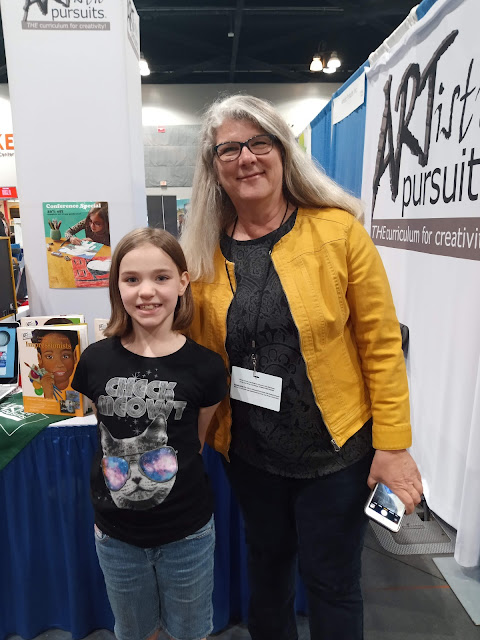 This particular vendor was a huge surprise for us.  In 2016, we did a review for the Spanish program for Foreign Language for Kids by Kids.   That was a video program where students watched the interaction between three brothers and their mother going about their morning routine, all in Spanish.  Well, two of the boys were at the convention and Ashleigh and Garrett had the opportunity to talk with them (well, Ashleigh talked, Garrett, not so much lol). 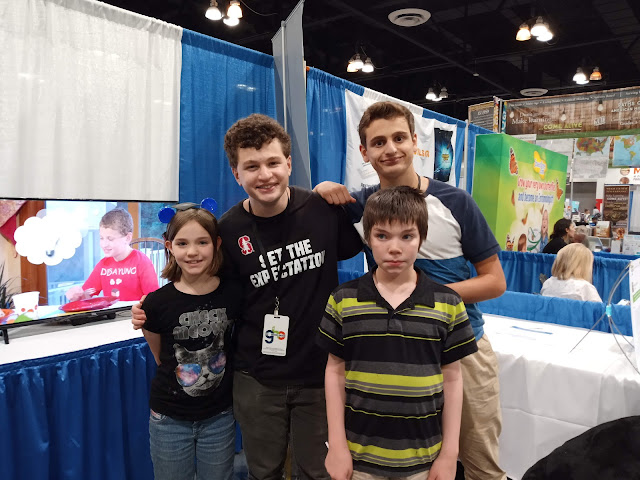 Okay, so lets start with the things I actually purchased. 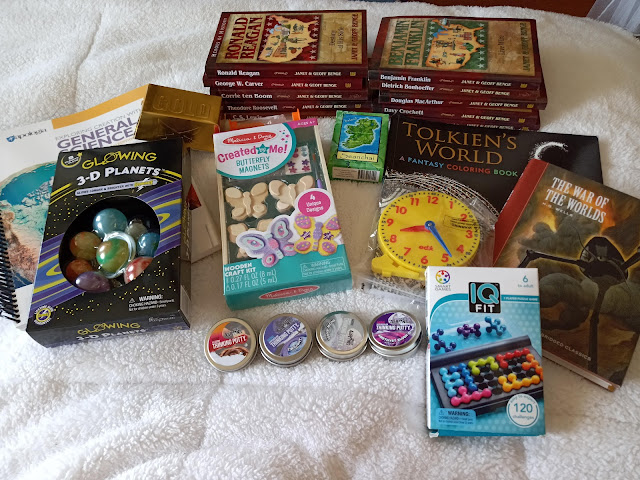 First, let me state, there's a few things purchased that are not included in this photo.  First, I purchased the Elementary Greek Year 1 Set from Memoria Press.  This is being shipped to my home and will be here next week.    This will be Garrett's foreign language study starting in Sept.  (Ashleigh is using Latina Christiana also from Memoria Press) 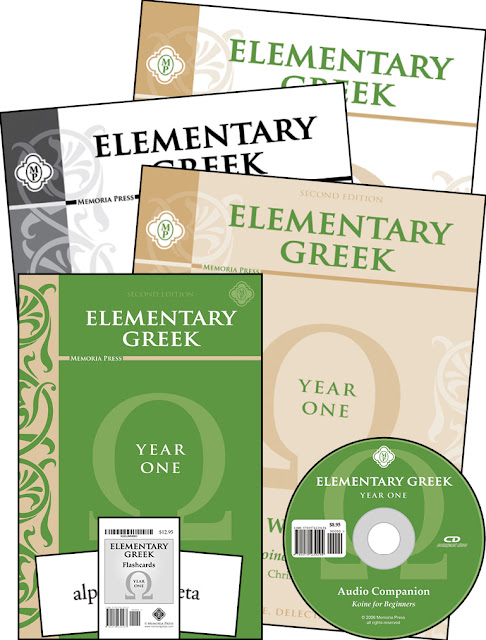 The second thing we purchased that is also being shipped is the Butterfly Farm kit from Insect Lore. 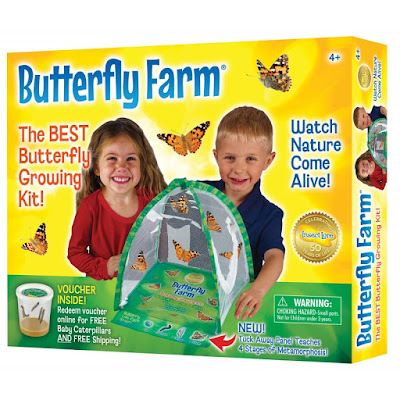 I have mentioned a number of times how much I love the biographies from YWAM publishing and I had already planned on taking advantage of their convention pricing  (10 books for $55).  The hard part was narrowing it down to only 10!!!   The War of the Worlds book came from another vendor (possibly Rainbow Resources?) and was purchased by my husband and it's one of his favorite books.  I did regret not picking up the Book of World Maps that they had, as well as the Ben Carson biography. LOL 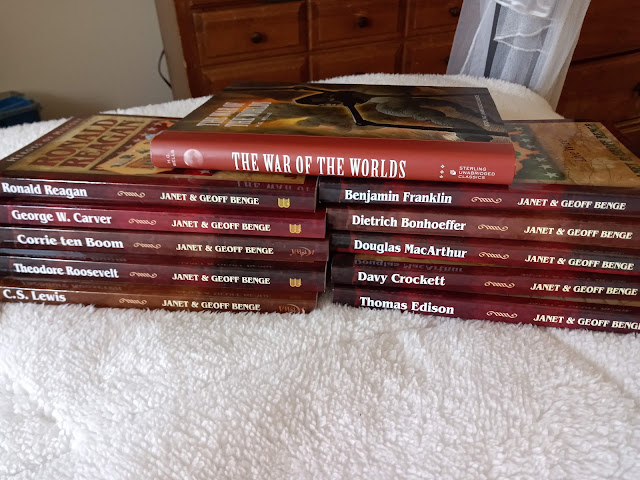 Next, I purchased the Student Notebook to go with the third edition of Apologia's General Science.  The kids will be reviewing this curriculum over the next few weeks, although I had already planned on using this curriculum with them this year for their main science curriculum.  I needed a second copy of the notebook so that both kids had their own.   I was VERY lucky that Rainbow Resources had 1 copy of this notebook available, and at a very cheap price too. 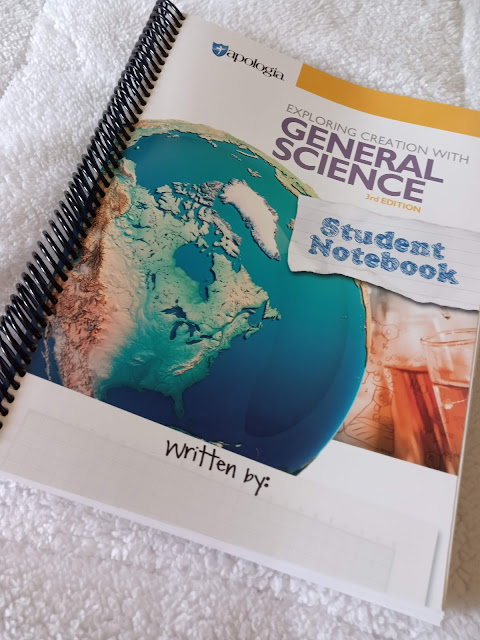 Here's the "fun" stuff that the kids each selected.  The tins of thinking putty are an absolute must for us at convention as it helps keep the kids entertained during workshops (especially Garrett who tends to get antsy and will start crying after a while).  Ashleigh picked out the butterfly magnet kit and the glowing planets while Garrett picked out the IQ Fit kit and the Dig for Gold kit (that had a piece of Iron Pyrite in it). 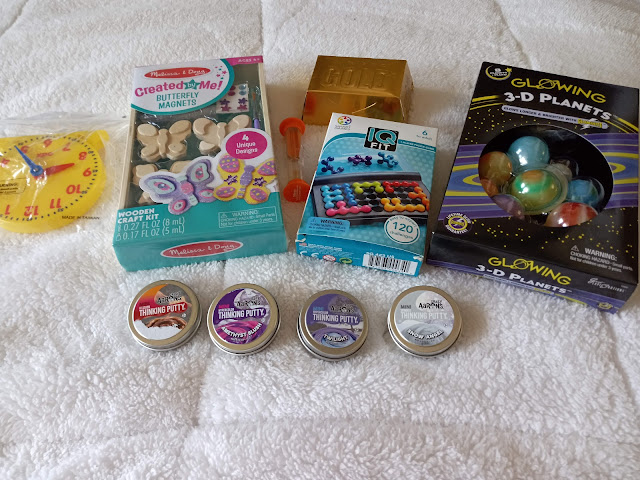 Alyssa picked out this really cool Tolkien's World coloring book as well as her own larger tin of Thinking Putty. 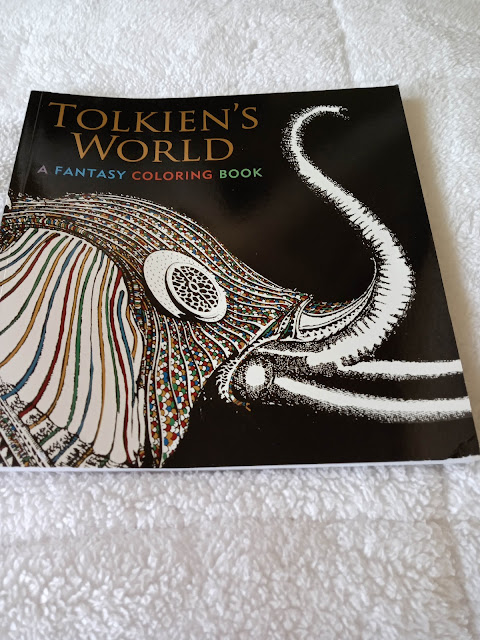 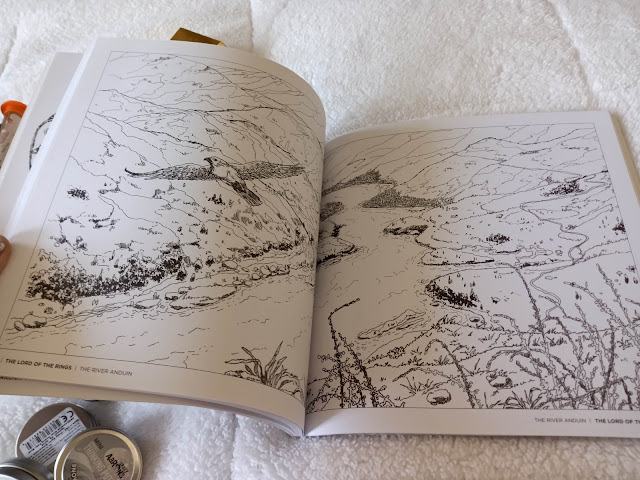 One of the extra purchases that I made was from the Celtic Life and Heritage Foundation.   They offer free educational modules in regards to preserve Celtic Irish heritage.  They do rely on donations and help to finance the site through the sales of a card game titled Seanchai, which means Storyteller.  Being that my mother is a McGrath , I knew my grandfather would haunt me if I did help support this cause ;)   So I bought a set of the game cards as well as an additional monetary contribution to help support the site.   I'm looking forward to using these to help education myself and the kids on our Irish heritage. 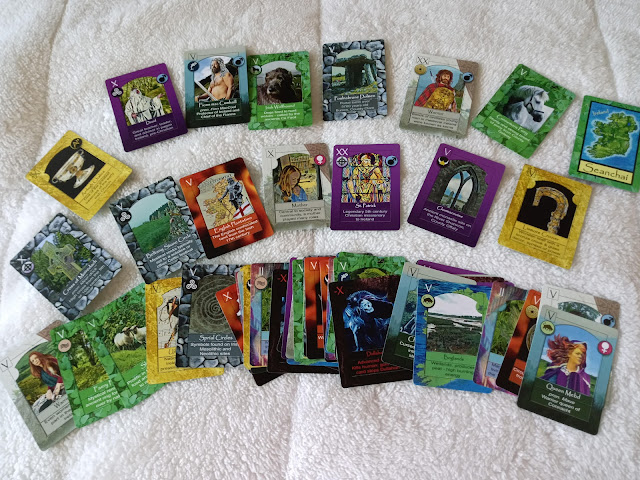 In addition to the purchases we made, we bought home a whole ton of freebies.. From glowing mouse ears from Time4Teaching.com, a few silky superhero robes and a bag from Memoria Press, Magazine from Homeschooling today, key chains from Medieval Times and tshirts from Ifly and Focus on the Family, we had tons of things to bring home. 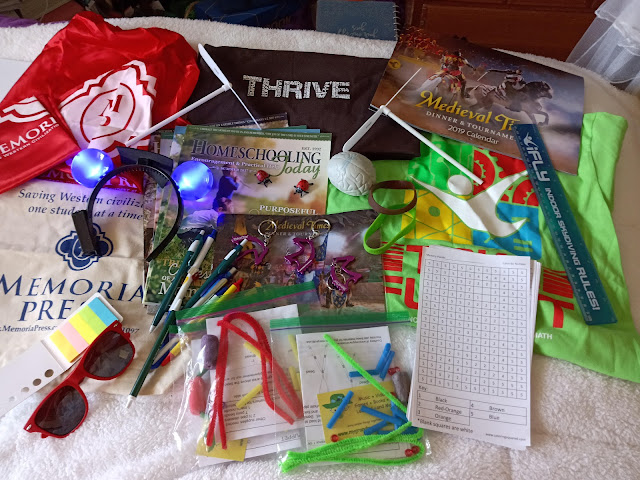 Not to mention all the book marks, catalogs and sales materials I will have fun looking over the enxt few weeks :) 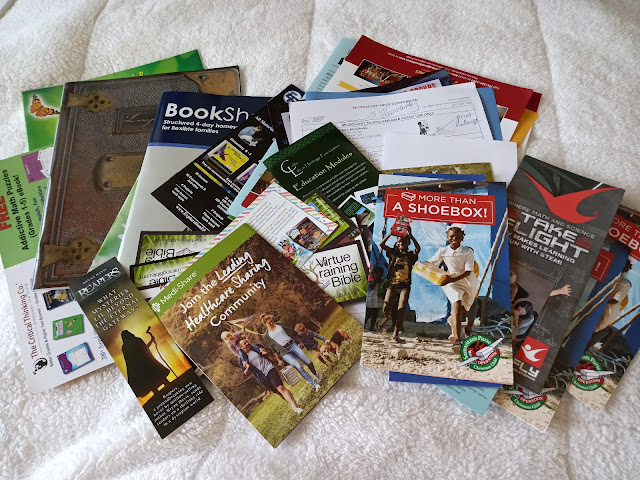 I would say Convention 2019 was a huge success, both in terms of great workshops and some good hauls from the vendor hall.     Now to start saving for 2020 :)
Posted by Brenda Prince at 1:09 PM