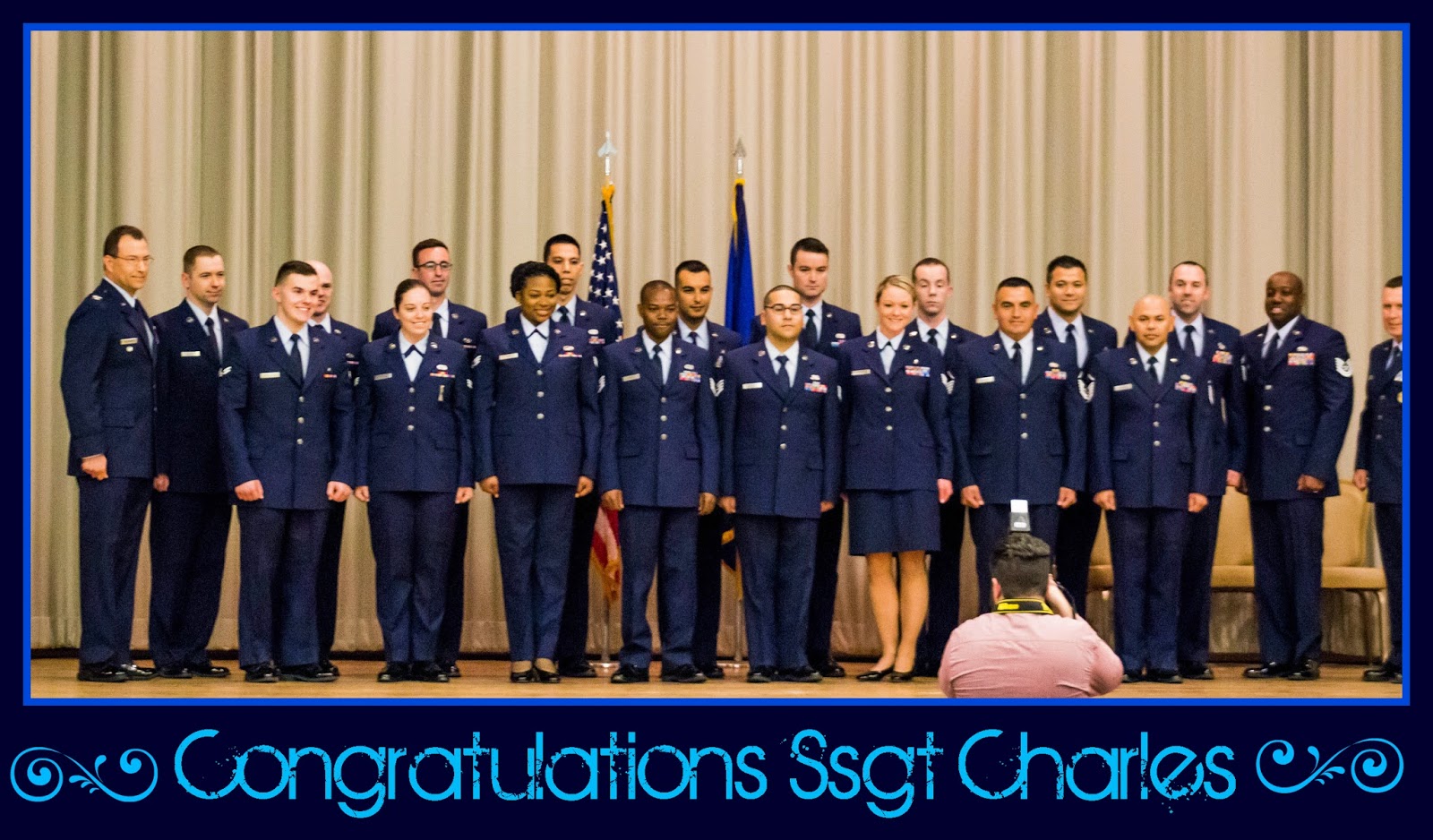 Today was a big day in our family.

Every month the base has a Promotion Ceremony for all those who are promoted in rank. Today was the promotion ceremony for the month of March (since the 1st falls on Sunday) and one of those who were being promoted was my husband, Charles.

Back in April of 2014, my husband tested for Staff Sergeant. It was a pretty stressful time for us as during that time, the Air Force was releasing personnel due to cuts in government spending.  Prior to the test, a list was released with the names of all those who were in danger of being cut; my husband's name was on the list. In my husband's particular field in the entire Air Force, 38 names were on the list and 35 were going to be released, meaning  only 3 people were going to be kept.  One of the ways the Air Force tried to reduce the numbers of those being cut was to offer the test for Staff Sergent (Ssgt) early in the hopes that some of the Senior Airmen who were on the list could possibly be taken off the list due to being on the list for promotion.

My husband took the test with little study time (since the test was given nearly 3 months early). Afterwards, following lots of praying, we found out that his job was safe due to the number of military members who took early retirement and early separation from the Air Force. We had little hopes, however, of Charles getting Ssgt. The promotion rate was at a all time low, lower than it had been in over a decade and he was at a disadvantage in that he had only been in for 4 years. However, in August, when the results came out, we were ecstatic to see his name on the list.

Today he pinned on stripes for Ssgt and is no longer considered an Airman. 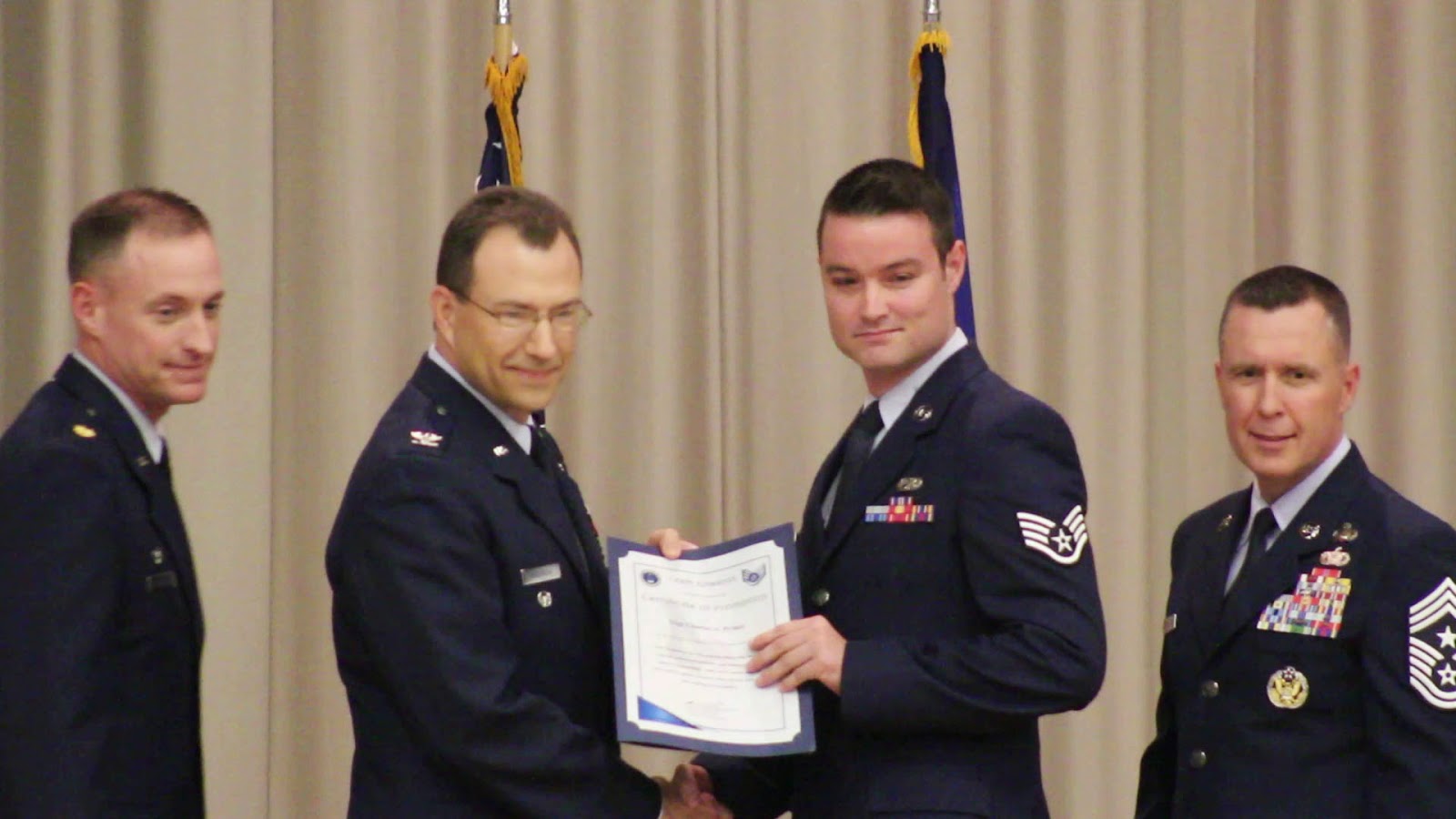