Gearing Up For Gardening 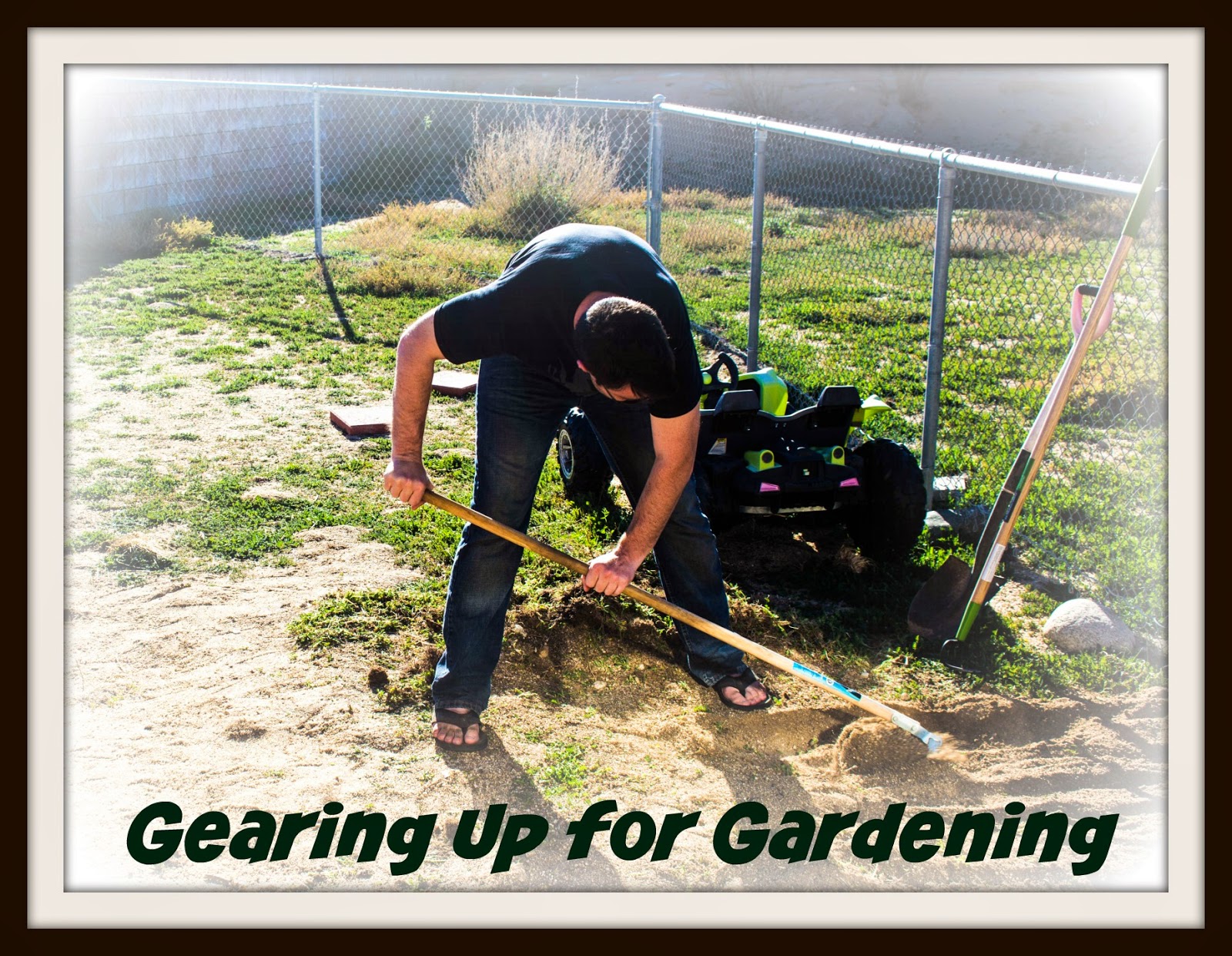 The warm weather is upon us here and so I figured it's time to get started on our garden. Most people would probably think we're nuts for thinking about putting anything in the ground just yet (especially when much of the country is dealing with snow) but the temps are in the high 70s here, the hummingbirds are back, the robins have been bouncing around for a few weeks and within the next 2 months, the temps will soar into triple digits. Its still getting cool at night but nothing too bad, only in the 50s and right now the desert is alive with green from all the rains we had last month.

We wanted to start small so this afternoon, armed with a cultivator, a hula rake and a regular rake, my husband and I set out to clear out a plot of land to start growing our garden. We've grown vegetables before but always in a pot so this will be our first true attempt at putting something in the ground and growing it.

First thing we did today was the kids and I went out and collected 2 snack bags full of dirt from the area I wanted to make the garden at and we performed a test to check the PH of the dirt. We ended up only running one test  as our first test, mixing some of our dirt with some vinegar produced a positive response showing that our dirt was alkaline. We were already planning on mixing a manure blend into the soil so hopefully we can naturally lower the PH to a more neutral setting.


Here's what we started with.. This looks pretty good compared to what it normally looks like. As said, we had rain last month so most of the yard looks green for once.. Usually, its brown.. No plants, no grass, just dirt.  So it was almost upsetting to be digging up green stuff.. 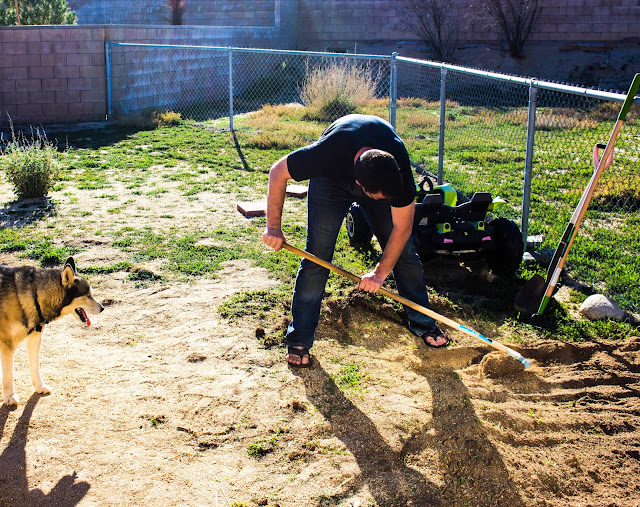 Before it can be said, the only reason these pictures show my husband doing all the work is because I was the one using the camera to take pictures between steps.  Note our dog, Lex, supervising. The kids are off playing on the swingset in the yard so they aren't in the pictures. 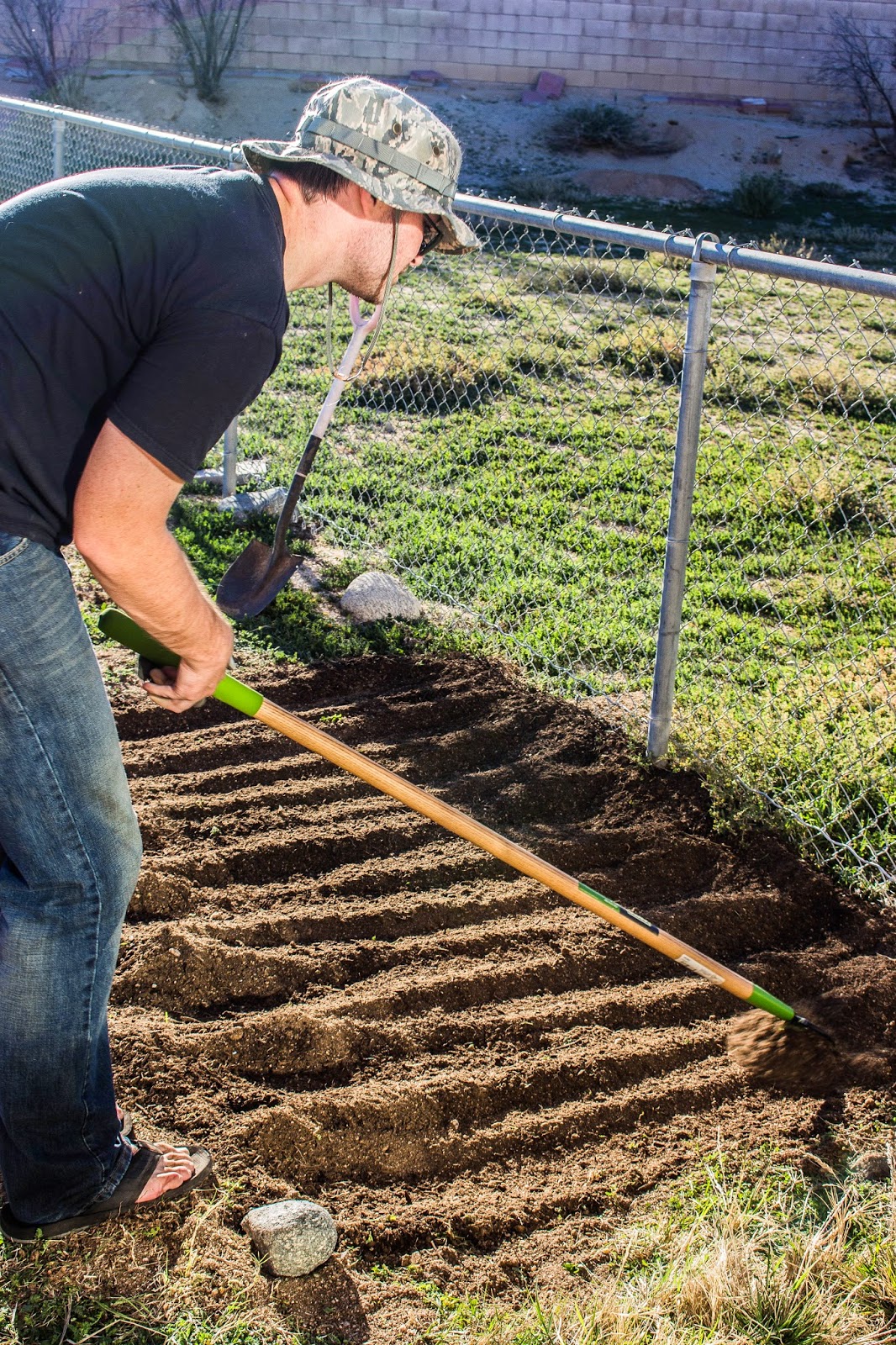 The lens on my camera really makes the plot look like its small, but it's about 7 wide and 4 foot deep.

And here's a pic of some of the seedlings ready to go into the ground.. My tomato plant in the front is growing like a weed since I bought it 2 days ago - it's really enjoying the LED lights from the Aerogarden.  There's also some garlic chives and Brussels sprouts ready to go as well.  We also started some more seedlings for things that won't go into the ground until April, such as okra, zucchini and tomatillo. 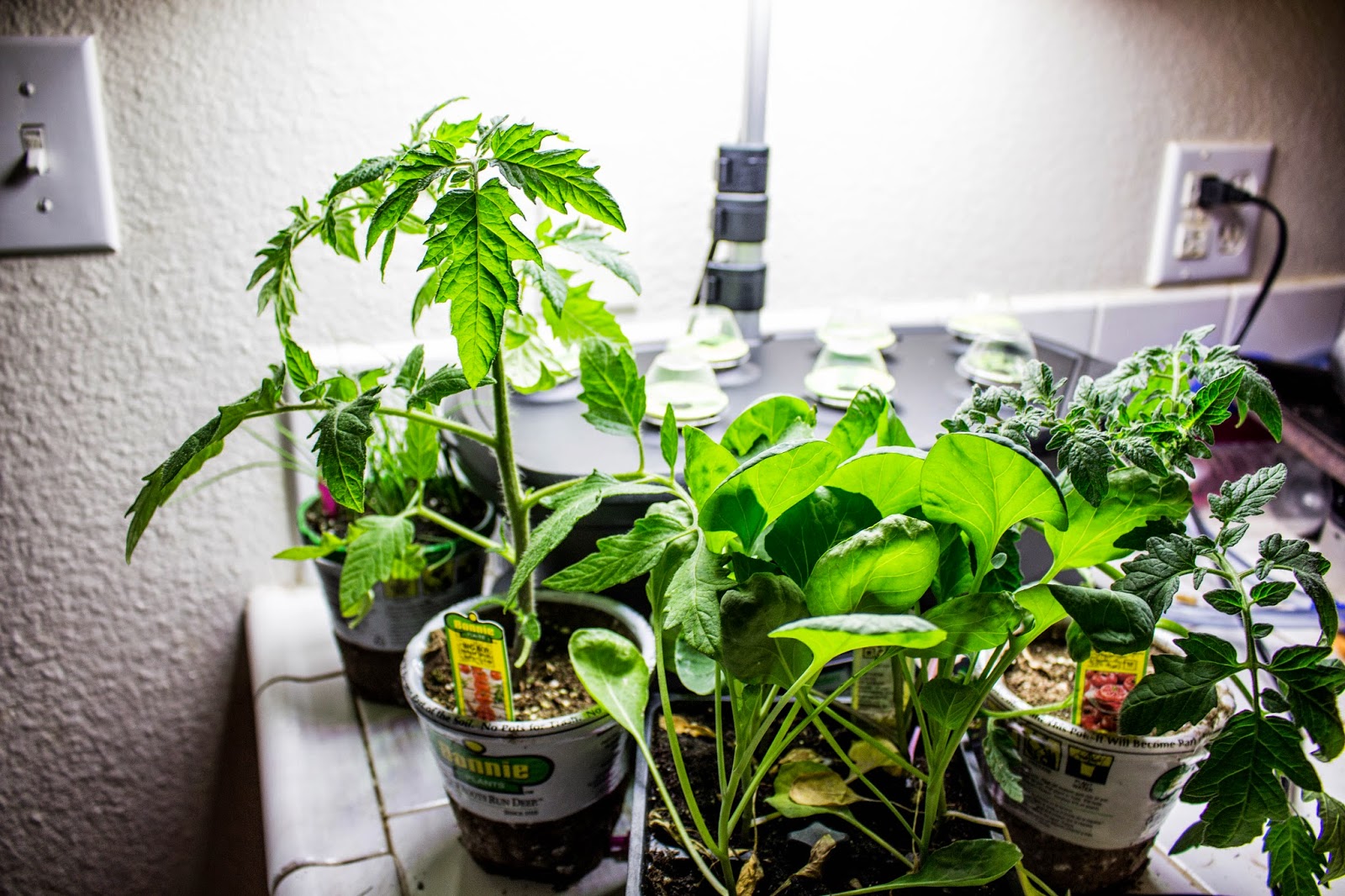 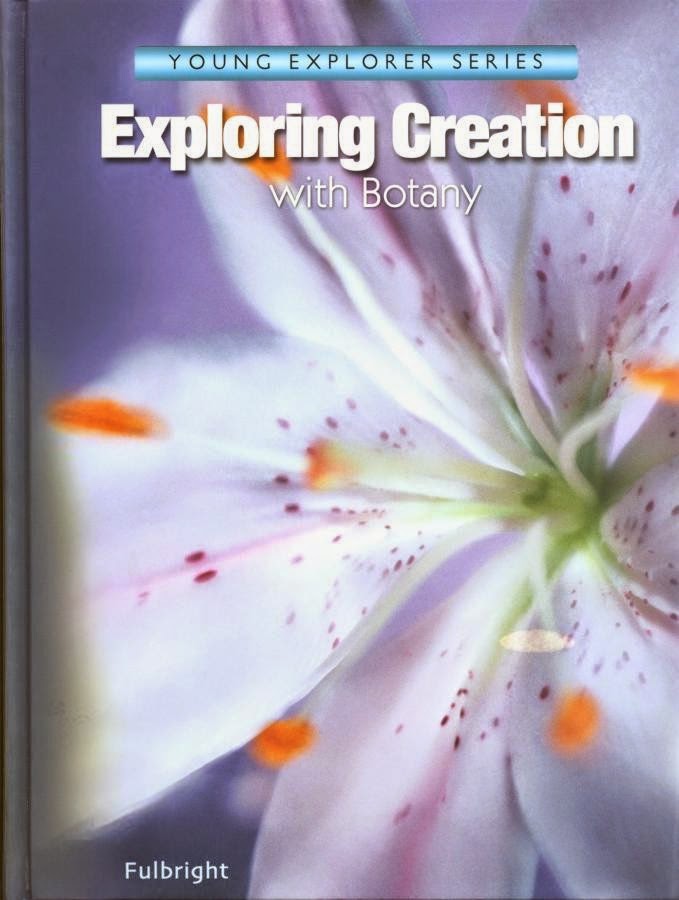 The kids helped with the planing of the seedlings tonight. However, with all the planting, I decided it was time to do something I was thinking about doing for a long time. Wednesday the UPS guy is bringing a copy of Apologia's Exploring Creation with Botany.   We already have the lapbook from Knowledge Box Central that I got from Currclick when it went on sale. I knew eventually I was going to do the course with the kids, I just didn't know when.. Now I'm glad I bought it when I had the chance. :)

Posted by Brenda Prince at 9:46 PM

Email ThisBlogThis!Share to TwitterShare to FacebookShare to Pinterest
Labels: Gardening