Update on our Garden 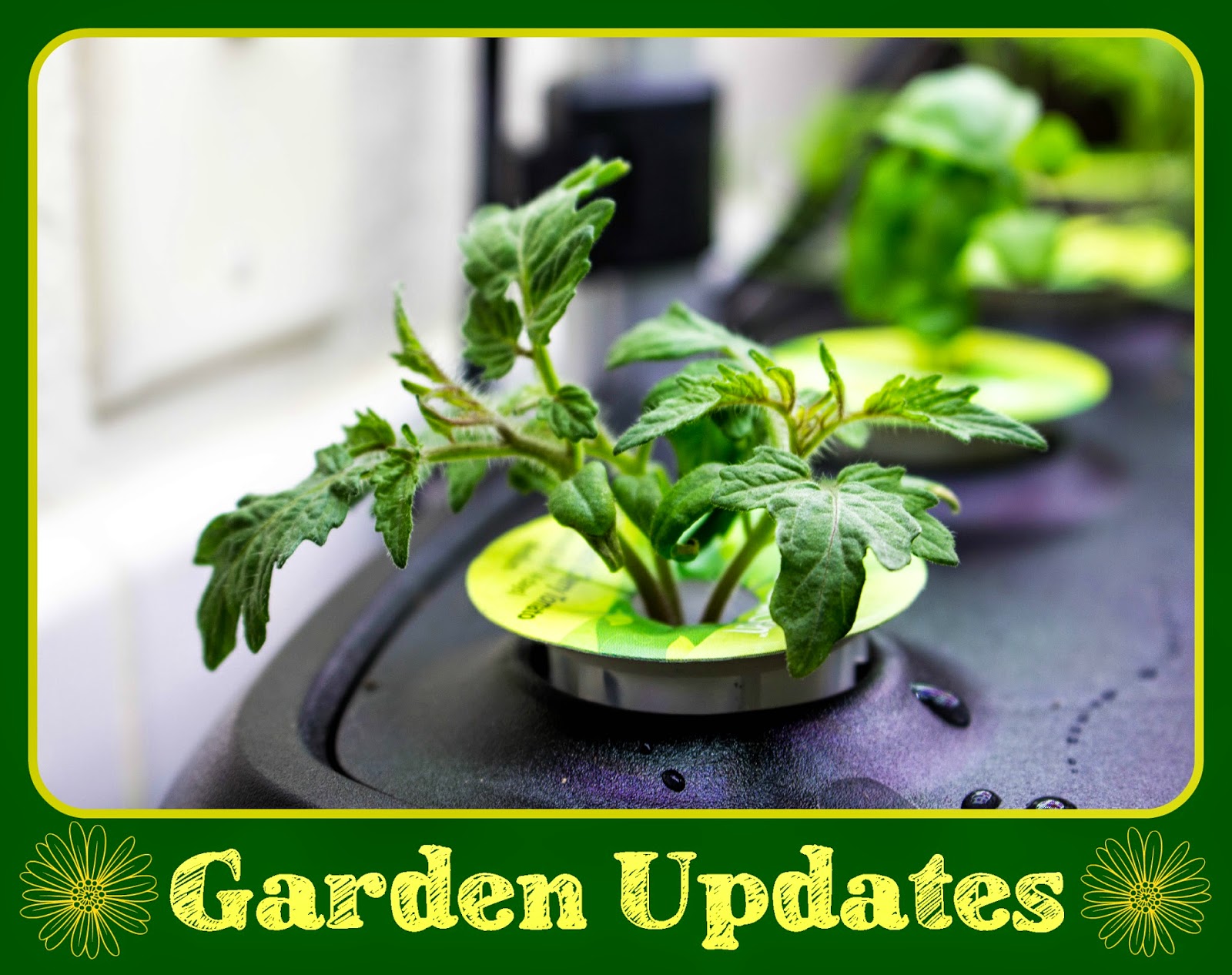 Two weeks ago I told yall that we bought an Aerogarden. We set it up that day with some herbs and cherry tomatoes and have been watching it grow for the last two weeks.  Today we had to add water and plant food to it, so we figured it would be a great time to document the changes.

The kids have been having so much fun seeing how big everything has gotten.  The plants are growing so fast that they are able to see the difference between the time they went to bed and the time they wake up.


Our Dill plant seems to have gone nuts..  Of all the herbs, dill is the one I was most looking forward to growing. I was a bit worried when the tomatoes and basil has both started growing and the dill had not. Then, I woke up and with no warning, I had a dill plant. It has grown like crazy in just a few days.


The only seed pod we have had any issues with has been the cilantro. There has been nothing to indicate that the seed germinated. However, I heard that if I placed a piece of foil over the pod, that it might have a better chance. I'm going to keep it covered for a few days and check it again, if it hasn't germinated by then, I will exchange it out with a coleus pod instead.

We've also had some growth in our garden outside as well.. Yesterday Ashleigh and I went outside to water our garden and were completely surprised to find that many seedlings were starting to pop up out of the ground.

We finally got Apologia's Exploring Creation with Botany this week.  Monday we will begin setting up a Light Hut to start more seedings and Charles and I will clear out another garden area for the kids to plant them once they are grown. Since we already have some herbs growing, we will probably pass on them growing herbs and will instead let them start some flower seeds that we want to put out around the garden to bring pollinators and hummingbirds to our yard.
Posted by Brenda Prince at 1:00 AM