In Freedom's Cause (A Schoolhouse Crew Review) 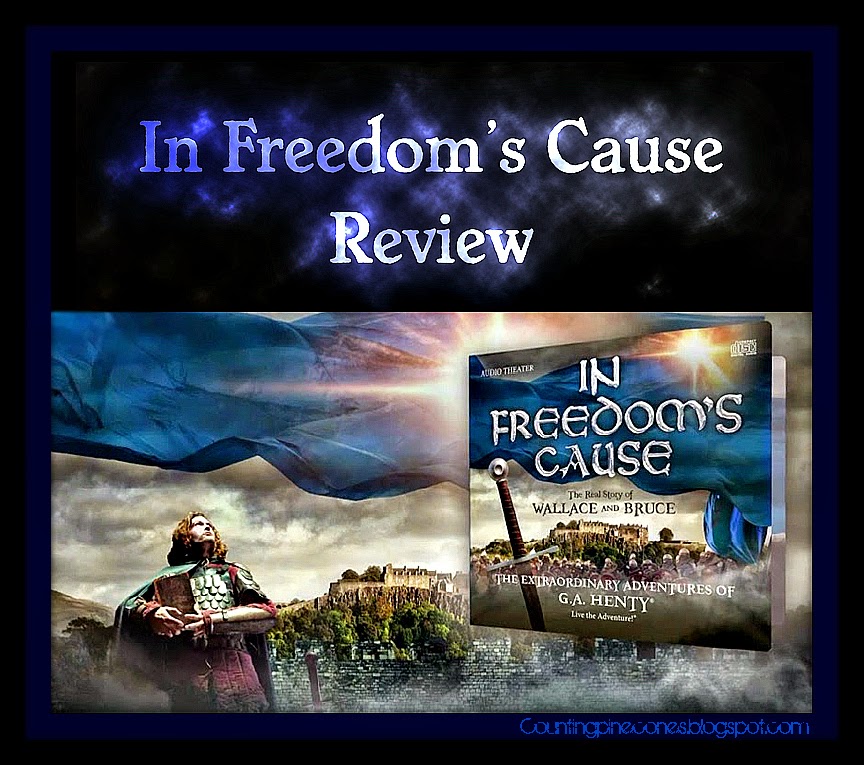 When most people hear the name William Wallace, their minds instantly flash to a blue faced Mel Gibson wearing a kilt and yelling “Freedom” in Braveheart. While Braveheart was a great movie and brought the story of Wallace to a lot of people who otherwise wouldn't have known who he was, it altered facts regarding his life as well as how his life intertwined with Robert The Bruce. Heirloom Audio Productions helps to correct this mistake by creating an audible journey into the lives of Wallace and Bruce in their latest production, In Freedom's Cause. I was recently asked to review the In Freedom'sCause Single CD Package after listening to it with my family as well as review the bonus materials available as digital downloads.
In Freedom's Cause is based on the book of the same name by English novelist G.A. Henty (1832-1902). Set in the 13th century while Scotland's people suffered under the cruelty of King Edward the 1st (Edward Longshanks), In Freedom's Cause weaves a story of Scotland's struggles for freedom with the leadership of William Wallace and Robert Bruce. The story is told from the view of a fictional Ned Forbes who at a young age finds himself aligned with Wallace and fighting side by side with him. The tale continues through the death of Wallace's wife, the Battles of Biggar, Stirling Bridge, and Falkirk , the betrayal of Wallace by John Menteith leading to his execution and the resulting actions of Robert the Bruce.

What Is Included with the In Freedom's Cause Single Package:

One Set of 2 CDs in a visually stunning full color trifold case.

I ended up listening to the full 2.5 hour recording twice within the first 24 hours of receiving In Freedom's Cause. The first time with my three kids (ages 15, 8 and 6) and the second time with my husband. That should be an indicator as to how excited my family was to listen to it.

The morning we opened the package, my kids instantly wanted to listen to it. My two youngest brought out their pillows and their blanket and made a comfy pallet on the floor and we popped the first CD into our Playstation 3 (Note: the CDs will not play on an Playstation 4 because of Sony programming). My oldest was home that morning so she joined us as well and together we listened to the recording completely through. In Freedom's Cause was a hit with the kids, especially with my 15 year old and 8 year old. My daughter immediately asked if I could upload the digital MP3 onto her Kindle so she could listen to it again on her own.

I was originally very hesitant about listening to this recording with my husband. This household is all about Scotland: my husband is a proud member of Clan Campbell and wears a kilt, my son is learning to play the bagpipes and my youngest daughter wants to learn Highland Dancing. More then that, however, is that my husband and children are descendents of Robert the Bruce (he's my husbands 20th great grandfather). While we enjoyed the movie Braveheart, the “betrayal” of Wallace by Robert the Bruce is a bit of a sore spot for us. It makes for great Hollywood but it isn't factual. This recording (and the book that its based on) follows the theory that it was John Menteith who betrayed Wallace. Either way we cannot escape the fact that someone in my husband's ancestry betrayed one of the great heroes of Scotland (Menteith is also my husbands 20 great grandfather lol) but since nobody ever brags about being related to 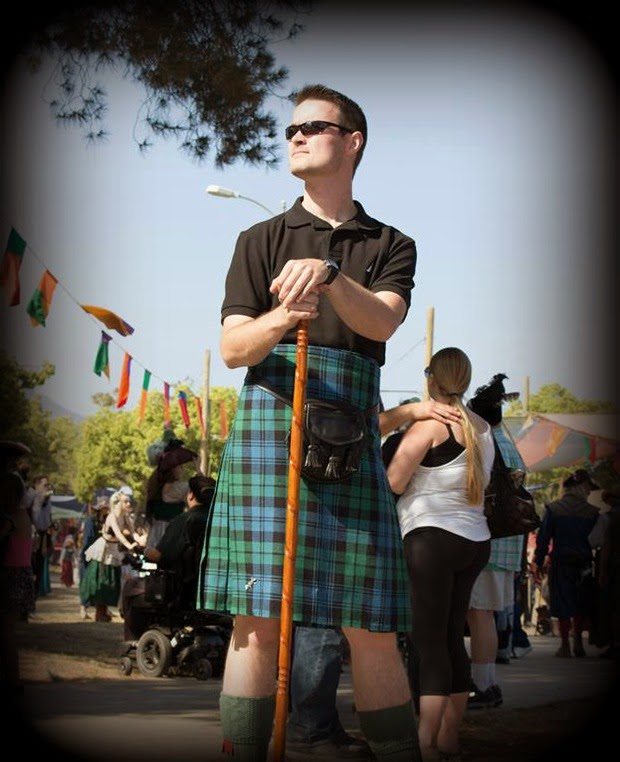 Menteith, this isn't a big deal for us. My husband thoroughly enjoyed this audio recording and had absolutely no complaints about the way his ancestors were presented. He liked it so much he told me that I need to buy Under Drake's Flag (Heirloom Audio's first production) and keep up to date with when the next recording comes out (more about that towards the end).

The only negative I can come up with for our listening experience was that my kids have now begun to calling each other “dunderhead" (and I say that with a lighthearted chuckle) and making sounds of the "goat woo".


The voice actors for this production are great. Most notably, Brian Blessed is absolutely amazing as the narrator of this story. The tone of his voice and the intonation as he speaks lures you into the story almost instantly. He has a very distinctive sonorous voice and after hearing him narrating, I can't imagine anyone else doing it. There is a reason why people like James Earl Jones reads the Bible and not Steve Buchemi – Brian Blessed is indeed up there with James Earl Jones. The other actors are equally as wonderful in their parts. A number of them are familiar names such as Joanne Froggatt (Downton Abby), Billy Boyd (Lord of the Rings), James Cosmo (Game of Thrones) and Skandar Keynes (Chronicles of Narnia). I will say that a few of them do sound like Englishmen trying to sound Scottish but it's not too bad and unless someone is pretty familiar with an authentic Scottish brogue you're not going to know any different. If you're the type who picked apart dialect in either Braveheart or the Outlander series, you'll possibly find it annoying. Classical Baritone singer Stuart Pendred makes for a really great William Wallace and pulls off a great performance.

The audio recording itself is very crisp and clear. Put your headphones on and close your eyes and you'll start to think you're really in 13th century Scotland. The production team really went well above and beyond just sitting in a recording studio in order to make this an experience that the listener is truly immersed into. When a door at Dunfermline Abbey creaks, you're not hearing a random door sound effect generated on a computer soundboard, you're hearing the actual door at Dunfermline Abbey in Scotland that sound engineers painstakingly recorded for this audio production.

There are many themes woven throughout the telling of this story such as revenge, freedom, family and forgiveness.  Most prominent is the theme of Faith. Wallace is portrayed as very spiritual and his faith is represented throughout the production  both in symbolism as well as items such as Wallace's psalter. Probably my favorite is the way trinity of the Celtic knot was tied into the story and how it tied Faith in God, Faith in Mankind and Faith in Country all together.
The 23rd Psalm is also a very important part of the story line and is used to tie young Ned (and his father) to Wallace.  It is an element that ties the entire story together and brings it full circle (the story starts with the 23rd Psalm and ends with it as well).  The presentation of the 23rd Psalm is worded in the Latin Vulgate and is unlike any other version I had heard before.  I do believe that people are so familiar with the 23rd Psalm that we don't really listen to it anymore but many times just recite it out of habit. However, this particular version pulls you out of your familiarity and forces your attention. An added bonus with the purchase of In Freedom's Cause (regardless of the package) is a downloadable PDF file of this version of the Psalm which is suitable for framing. 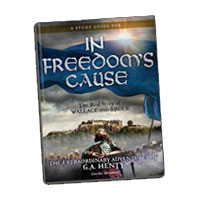 The PDF format e-study guide is provided as a digital download. It is a 49 page full color companion file which provides historical information in regards to G.A. Henty, William Wallace and Robert the Bruce. It provides vocabulary words, maps, listening questions and images that correspond with each track on the CDs. There are also questions that make students think beyond just what is being heard as well as suggestions for further research. The last few pages of the guide contains a short Bible Study with scripture suggestions that reiterate topics of faith and spirituality found throughout the recording.

Finally, the soundtrack for this production is amazing. One of the bonuses that comes with the 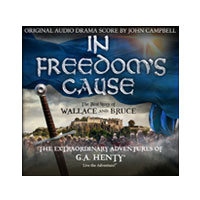 Single Package was the digital download of the entire soundtrack in MP3 format and I do believe that has been my son's favorite part of this experience. The soundtrack is produced by Emmy-winning composer John Campbell (yeah, Clan Campbell!!!) and is very well done. The scores are on par with anything found on today's big screen and add to the story rather than distract from it. The titles "The Betrayal" and "The Scottish Avengers" are two of our favorites but the entire soundtrack is worth listening to.


Heirloom audio did an incredible job with this production and it would make a great addition to any homeschooling curriculum either as a literature unit or as a history unit. If the worst thing my kids come away with from listening to this is the word "dunderhead" and making sounds of a "Goat Woo"  (You'll have to listen to In Freedom's Cause to understand that one ) then I am pretty confident in saying this is a very kid friendly 2.5 hours of entertainment. The fact my husband didn't baulk at the presentation of his bloodline speaks volumes of the presentation of these historical figures.  The study guide is extremely well done with vocabulary words and questions that really draw students into critically thinking about what they are hearing. The study guide was a bit too old for my young kids to use this time around but it just means that I have a reason to go back and use these CDs again as a study unit. The CDs have a high repeatable entertainment value to them and are something that I would have no problem listening to multiple times much like I would read one of my favorite books. The soundtrack is AMAZING and by itself is worth the investment. The MP3 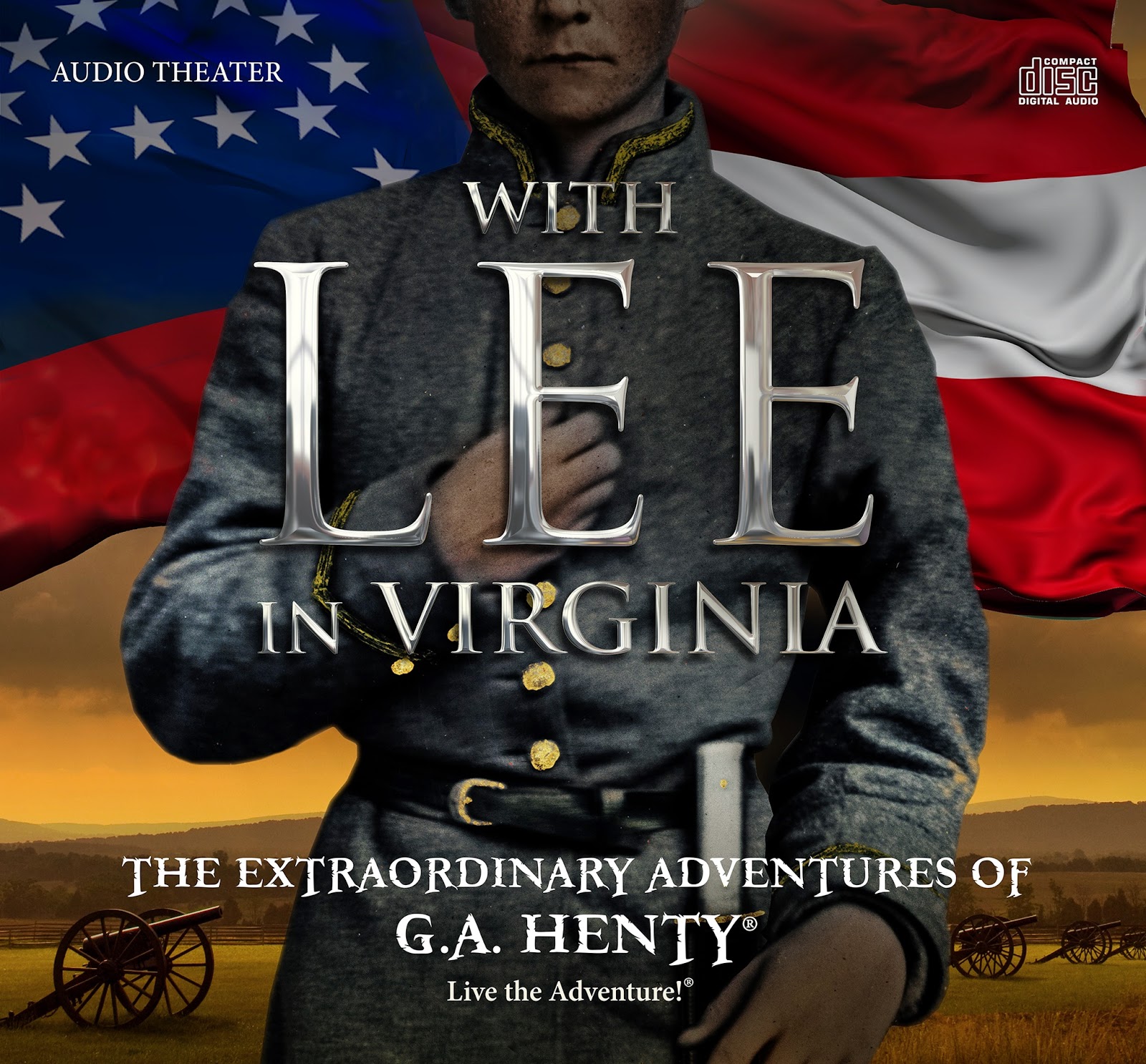 versions of the CDs played very well both streaming on the internet and when downloaded to both my computer and kindle and was just as crisp and clear as the CDs.

I would highly recommend these to anyone without hesitation and cannot wait til the next installment of the G.A. Henty series when Heirloom audio visits the American Civil War in With Lee in Virginia which is due out around Memorial Day

.In Freedom's Cause Single Package can be purchased on Heirloom Audio's website $29.97 plus S&H for the physical product with the digital bonuses.