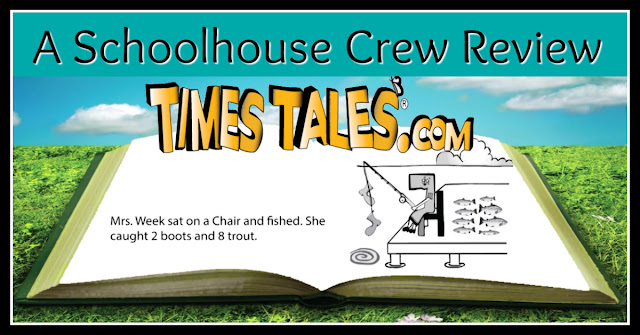 Multiplication Tables!!  Like many people, I struggled with these when I was in school. I don't think I ever truly learned them and still to this day, struggle remembering the facts.  My oldest daughter admits she also struggled with her multiplication tables.  However, I wasn't really thinking about teaching my two youngest their multiplication tables as they are only 2nd grade and are still working on addition and subtraction so when I was given the opportunity to review Times Tales by The Trigger Memory Co., my original intention was to pass on it.  As it turned out, I was asked to review the program and I am so glad that I did. 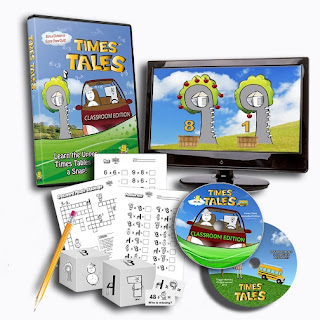 What is Times Tales? 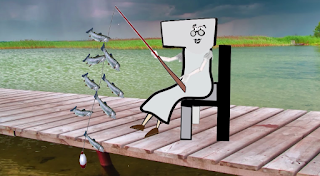 The concept of Times Tales is pretty simple but works very well.  Using a mnemonic system of learning, each number is represented by a character which naturally looks like the number.  These characters interact with each other in very quick, easy to remember stories which actually turns out to be a multiplication fact.  For example, one of the stories uses the character Mrs Week, who represents the number 7.  In order to teach the multiplication fact 4x7, the story students are asked to learn is Mrs Week sat on a chair and fished. She caught 2 books and 8 Trout (7 x 4 = 28).

Once students become familiar with the time tales for each multiplication fact then they are ready for the next step.  Included in the PDF files are flash cards for reviewing as well as a test sheets. 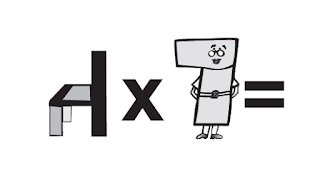 The flash cards use the same familiar characters that were introduced in the videos. If students have memorized the stories that were presented and know them well enough to pass the video quizzes included at the end of each video, they should easily be able to recognize the characters on the flash card, relate them to the story in which both characters were presents, recollect the rest of the story and then come up with the answer to the problem shown on the card.

How We Used it and What We Thought: 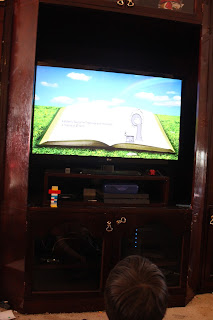 I started playing the videos for the kids for about 20 minutes during their lunch break twice a week and I was really surprised how quickly they began memorizing the various stories.

Both kids were completely interested in the videos and it held their attention with ease.  They have so much fun yelling out the answers to the video quizzes at the end of each video.

Within the first two weeks, the kids had memorized the first set of stories and were easily reciting them and answering the worksheets.  We then started working with the flash cards to see how much they were retaining and if they could transfer the stories into the multiplication facts.  They both had no problem with this.

I was also really amazed at how easily they were able to reverse the operation to turn the multiplication facts they had memorized and answer the division problem using the same stories.

Even more impressive was the fact that they have quickly become much better at their higher multiplication facts then their older sister (and myself as well, if we're being completely honest). 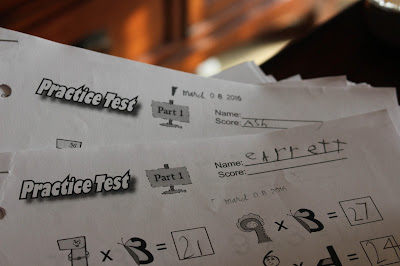 Overall, I am so glad to have had the opportunity to use this program with the kids. It wasn't something I thought would work for us and instead I was highly surprised at how well they did with it and how much they learned.   I highly recommend it for visual learners, even if they are still working on simple adding and subtraction.

Be sure to visit The Trigger Memory Co. on their facebook page for more information.


100 members of the Schoolhouse Review Crew were given the opportunity to review Times Tales. Since each of us have students of different age ranges and learning styles, be sure to head over and check out the many other reviews available.  Click the banner below

Posted by Brenda Prince at 5:55 PM