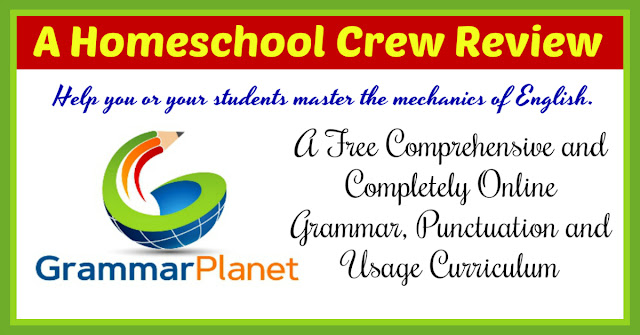 For the last few weeks, the kids and I have been reviewing the free version of GrammarPlanet, an online browser based program designed to help teach and establish proper usage of grammar and punctuation. 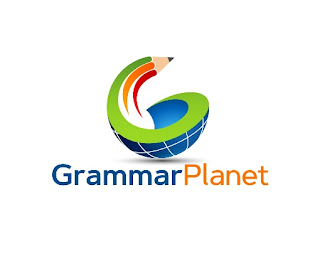 GrammarPlanet is intended for use for ages 10 and up and currently contains thirteen units for teaching grammar fundamentals.  After printing out the notes for the corresponding unit, students then watch a video that teaches the grammar topic and then proceed to practice what they have learned.  Each unit builds upon the previous unit, so topics for units 1-3 will also be practiced while completing Unit 4, for example.
How We Used It

Initially, when I had to designate my interest in reviewing this program, I will admit, I was interested. It was described as being grammar lessons for all age groupings but the product wasn't ready at the time that I had to fill out my interest form so it was basically a decision made sight unseen.  However, I knew I was looking for a grammar curriculum for Ashleigh and I was hoping that this program might fill that need. 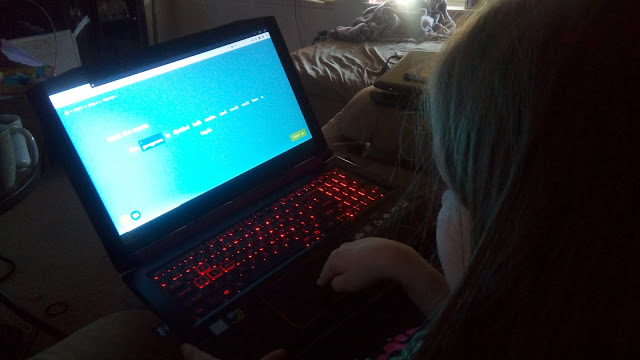 In my personal opinion, while this program does have great potential for teaching grammar, I don't see it as being suitable for younger students, at least not elementary students.  It would, however, make a great curriculum for middle school students or for high school students who really need to get caught up on their grammar skills.

So, with that said, as I was trying to use this with two elementary students, one who is special needs, it just didn't work out for us at all.  Garrett had major melt downs each time we attempted to use the program and after a few failed attempts, I admit, I stopped logging him in.  Ashleigh made it a bit further, to lesson three but she also constantly got frustrated with it.  The explainations, even with the help of the printable notes, were just over her head on many of the questions, especially with the "wings" used to mark multiple words as these were not explained very well on the notes and not at all in the video.    In, the end, it just wasn't a good fit for her and she quickly shut down all together and refused to attempt anything after a while. A huge factor in this was that the practice sentences to be noted seem to go on and on and on - and when you're trying to do this with a 10 year old, marking the adjectives, nouns and  articles and some sentences are nearly 40 words each, it quickly gets very tedius and overwhelming for her.  Even stopping and returning later exhausted her as some sentences were so very lengthy. 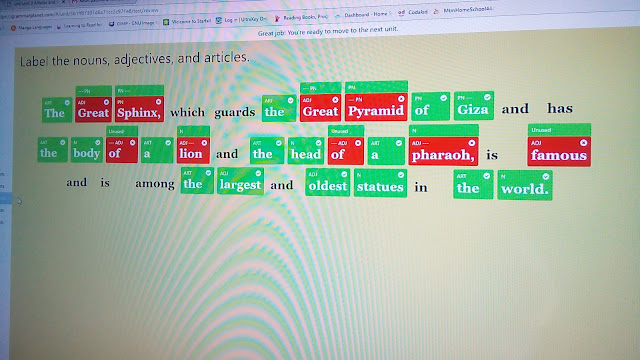 However, with that said, it's not a bad program - it just wasn't suitable for my kids.  The concept behind the program is pretty straight forward.  You are given sentences, you make annotations for whatever part of speech is being asked for.  You hit submit and it tells you what you got correct and it marks what you got wrong very clearly for you to see.

One thing that is nice is the progress report function. As a parent/teacher, I can go in and look at what she did on the program and see what she got wrong and what she got correct.  It also makes for the ability to review your own answers and see the proper annotation for those selections that were wrong. 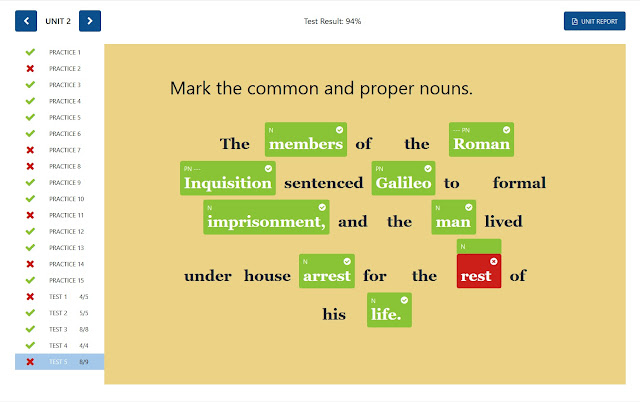 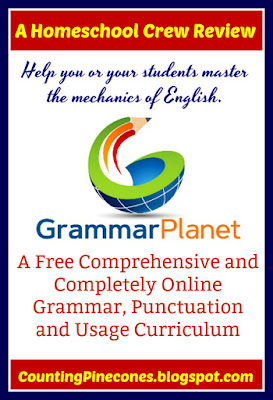 If you have a high school student who is currently struggling with grammar, or maybe you want to brush up on it yourself, GrammarPlanet is currently free to use by simply making an account when you visit their website. You can also find GrammarPlanet on the following social media sites: