Dressing through the Decades 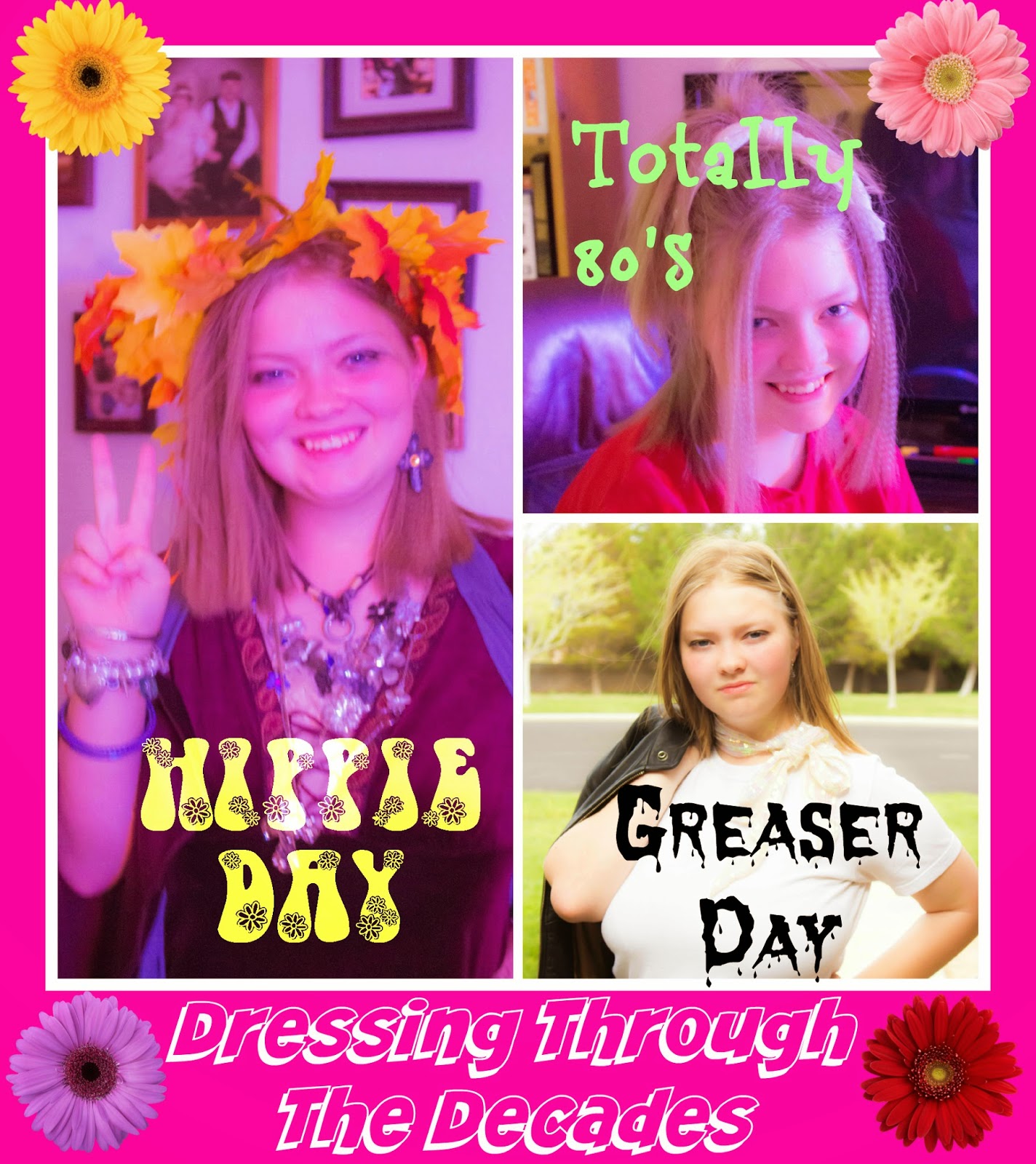 This week at my oldest daughter's public school they had "Spirit Week"..  I remember Spirit week when I was in school and it was always so much fun to dress up crazy. Ours usually coincided with Homecoming and while I think I remember her dressing up during that week as well, this week is completely independent form that.

Unfortunately, Lys  missed school on Monday, as we got word that her Grandfather (actually her Great Grandfather) had passed away. Lys had a really close relationship with her Great Grandparents (Grandmaw is still living)  and this is actually the first death she has had to experience of someone very close to her so we allowed her to have the day off to deal with the news.

We have had alot of fun with the last few days, dressing her up for the various decades. Greaser day proved to be the most difficult as we don't have any poodle skirts just laying around.. However, a pair of black pants, a white shirt, a scarf and mom's black leather jacket proved to be enough to pull off a more "Rizzo" look. 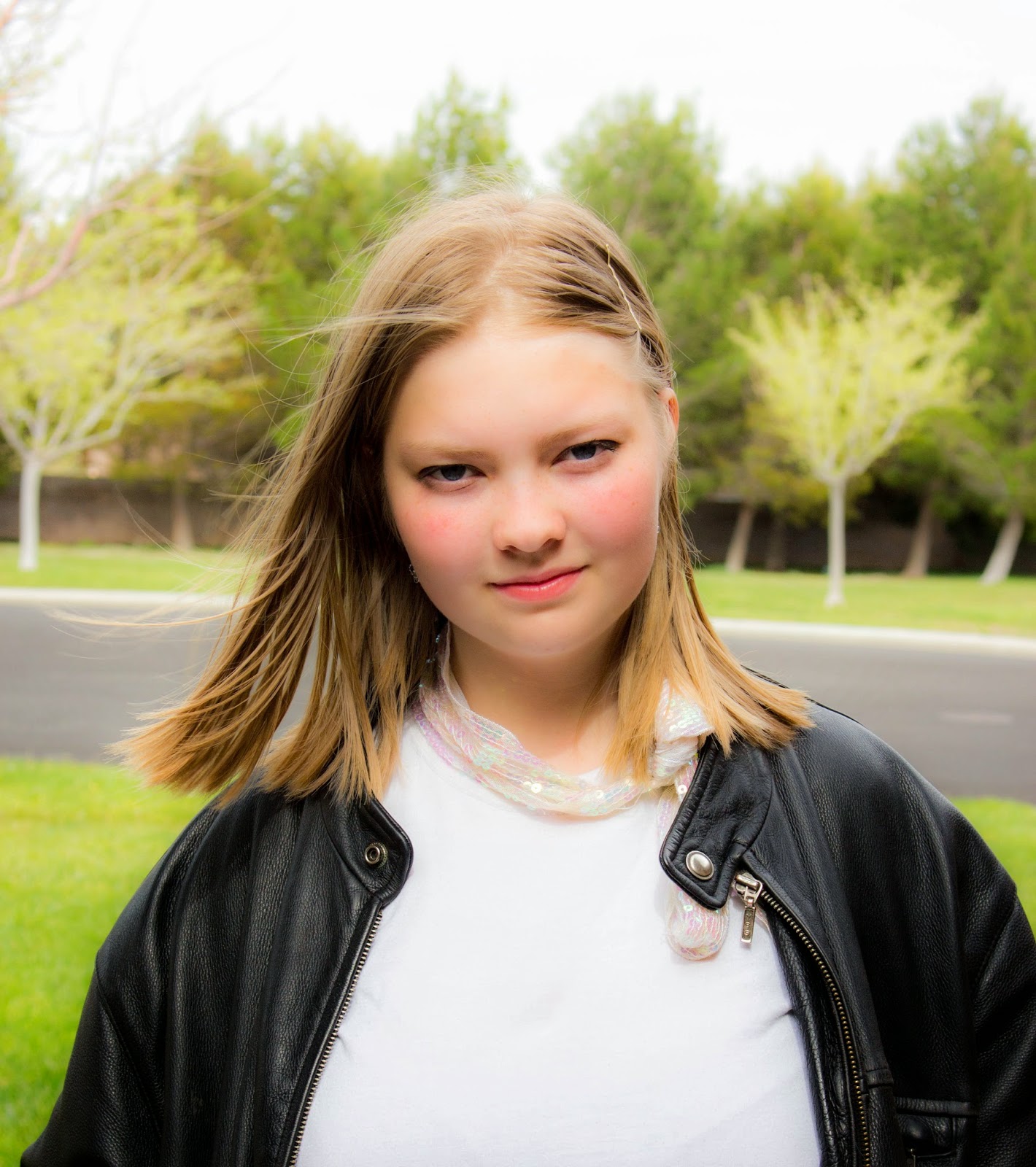 Tuesday proved to be alot of fun.. It was 80's day and whom  better to help guide Alyssa through dressing like an 80's girl then someone who lived through the 80's.. And would you believe that we had a crimping iron?   So Lys and I spent a good 40 minutes in the bathroom crimping her hair and putting it into a messy waterspout ponytail , tossed on a T-shirt that had a more retro look, pegged her jeans, put on some Kapea's and bangle bracelets. The final touch of eyeliner and blue eyeshadow and the look was complete. 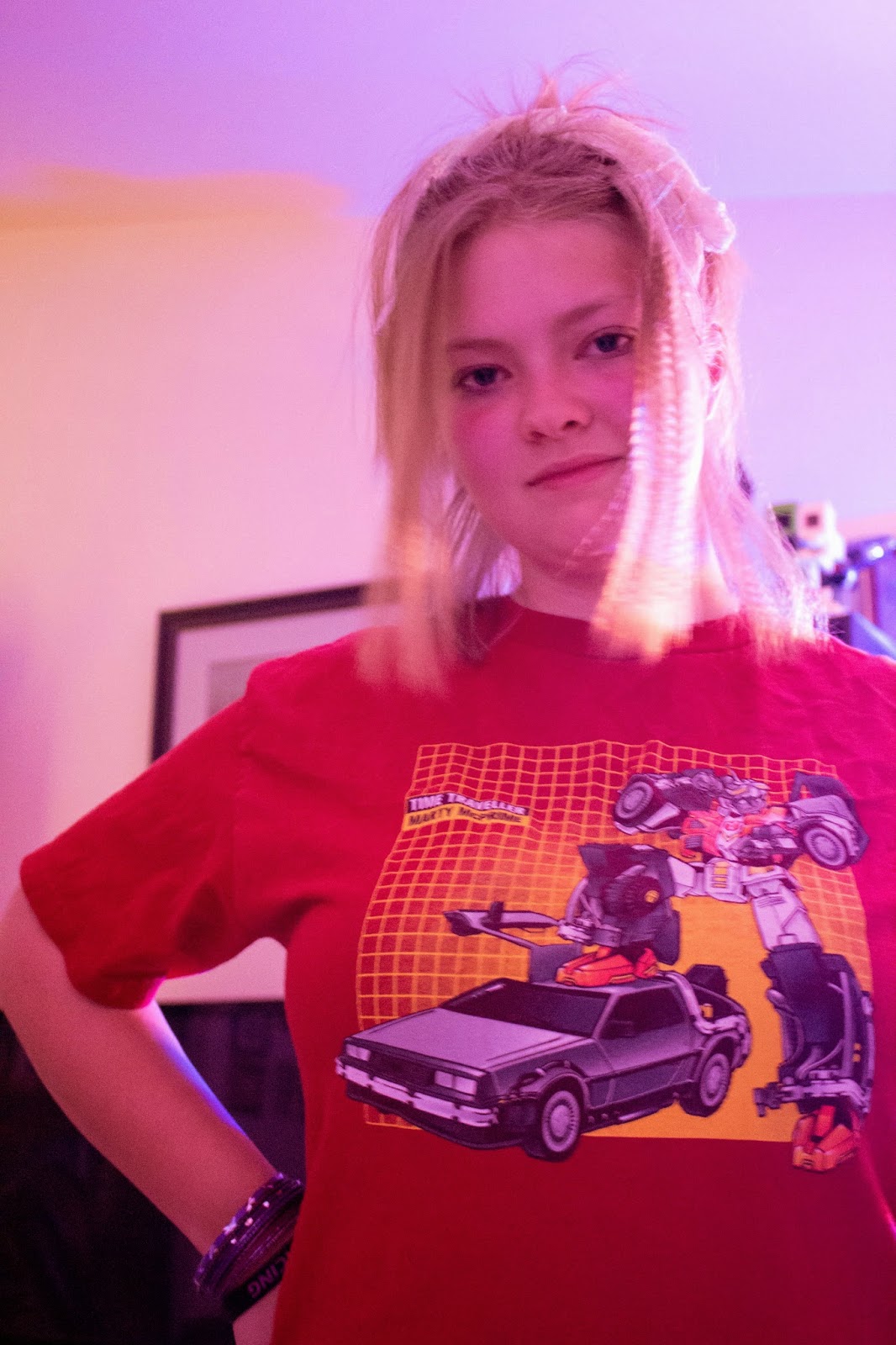 Thursday proved equally as fun.. Hippie Day.. Now, I'm old but not old enough to have lived in the hippie era (I was born at the end of it). Both of my parents were in the Marines during the Vietnam conflict, both had come from a long line of military service, so there were no pictures of hippies when I was growing up.  However, I did grow up in Port Arthur, the birthplace of Janice Joplin..  After looking at pictures of people in the 60s and pictures of Janice Joplin, we pieced together an outfit we felt was more realistic then the typical Hippie costume.  Adding lots of costume jewelry seemed to complete the look. 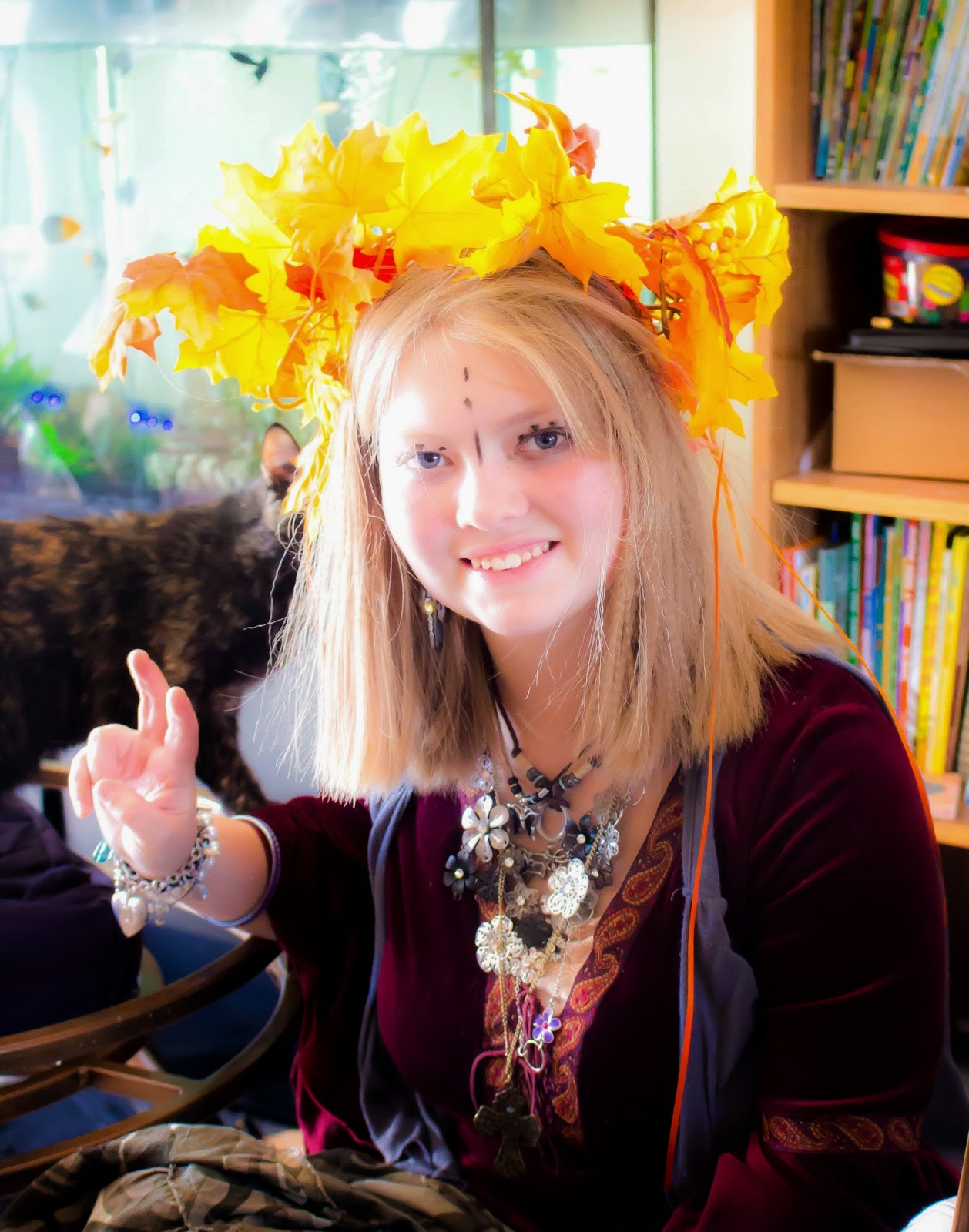 Tomorrow Lys will just wear a blue shirt for Grade day so there's not much to be done by mom for that, but overall, I think we had alot of fun with Spirit Week.. It allowed for some great bonding time between us, something that has been lacking lately due to her extra curricular schedule and my schedule homeschooling the kids.. Plus, for both 80's day and Hippie day, she come home saying everyone said she had the best outfits out of everyone, which was a real confidence booster for her :)
Posted by Brenda Prince at 2:10 PM