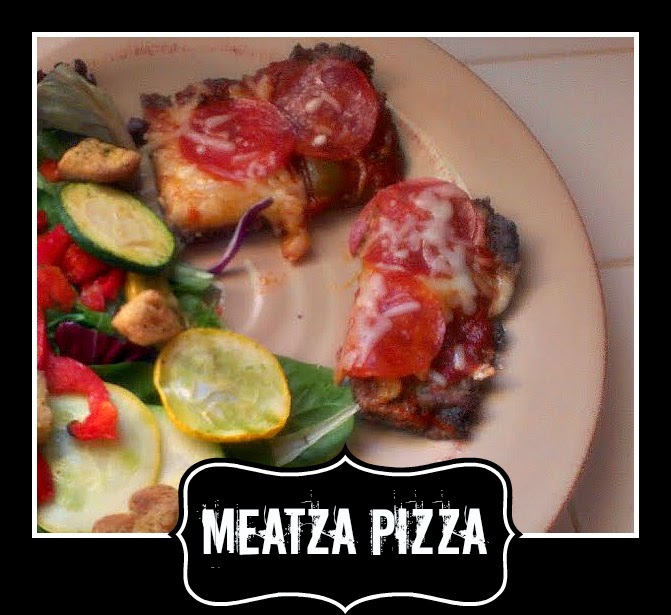 We love pizza in this house.  I have a teenager and two rug rats so of course pizza is a popular meal choice. I have Domino's on speed dial, Tombstone's are almost always found in our freezer and every other week Schwan's pulls up to the front of my house and usually delivers at least a Mexican pizza.

When I saw this recipe for a "meatza pizza" which uses hamburger meat for a crust, I wasn't too sure about it. Pizza should have a bread, something you can grab onto. Growing up we always called the edge of the crust the "Pizza Bone" - eating pizza without a pizza bone was a strange concept. However, my oldest daughter is all about anything that is meat so she wanted to try it. I'm glad I listened as it turned out to be very tasty and I did not miss the crust at all.

Portions are much smaller then what you would typically expect for pizza but we found that the two small slices, along with a salad with roasted veggies was more than enough to fill all of us up, including my husband who is a hearty eater, however, I would say this recipe is best for a family of 4 and would recommend adjusting accordingly for larger families :) 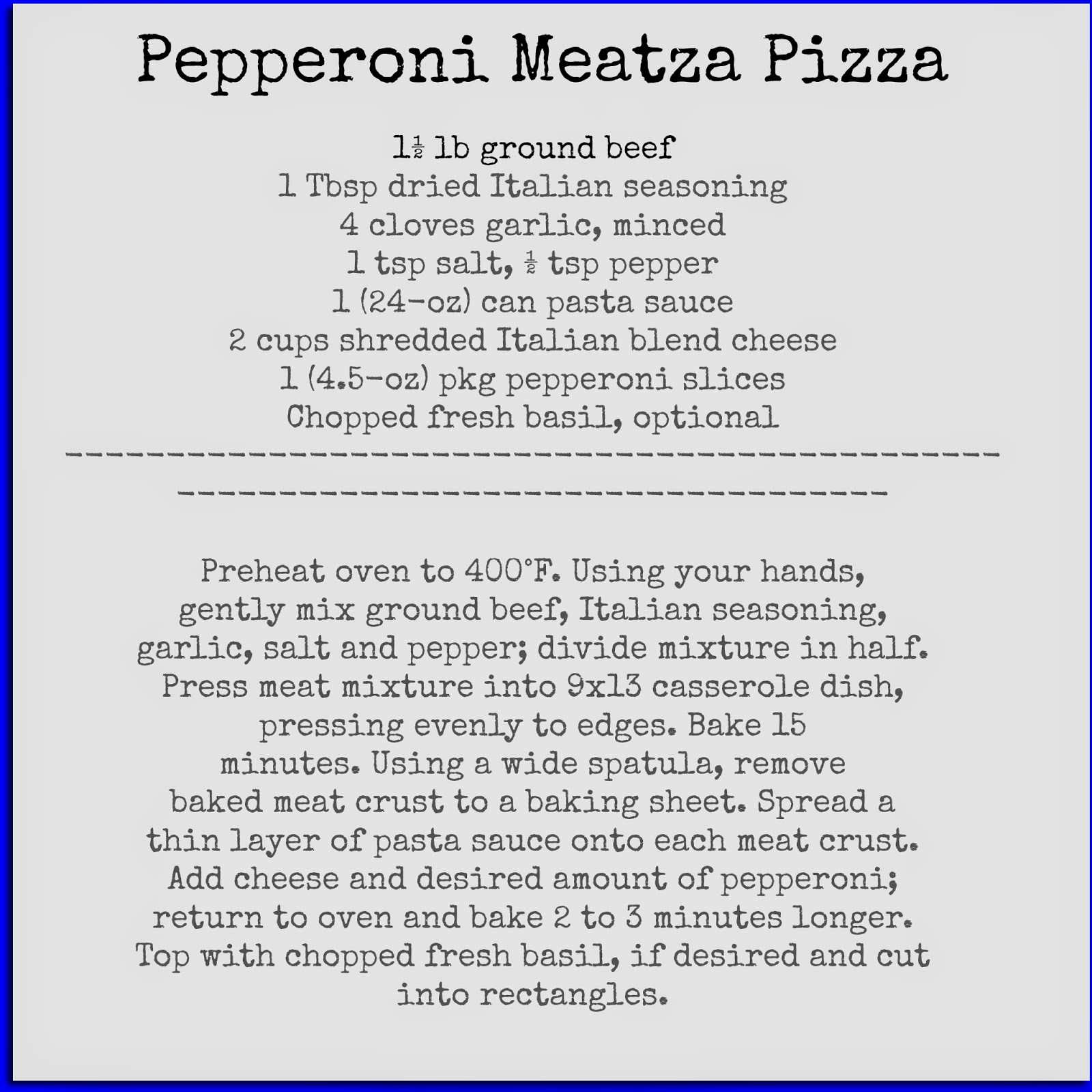 Step 1:  After mixing the spices with the meat, press it into a casserole dish (or pie dishes - this recipe should make two round pie sized pizzas). The layer is very thin and will cook quickly. However, be warned that by cooking out the grease, the "crust" will shrink. 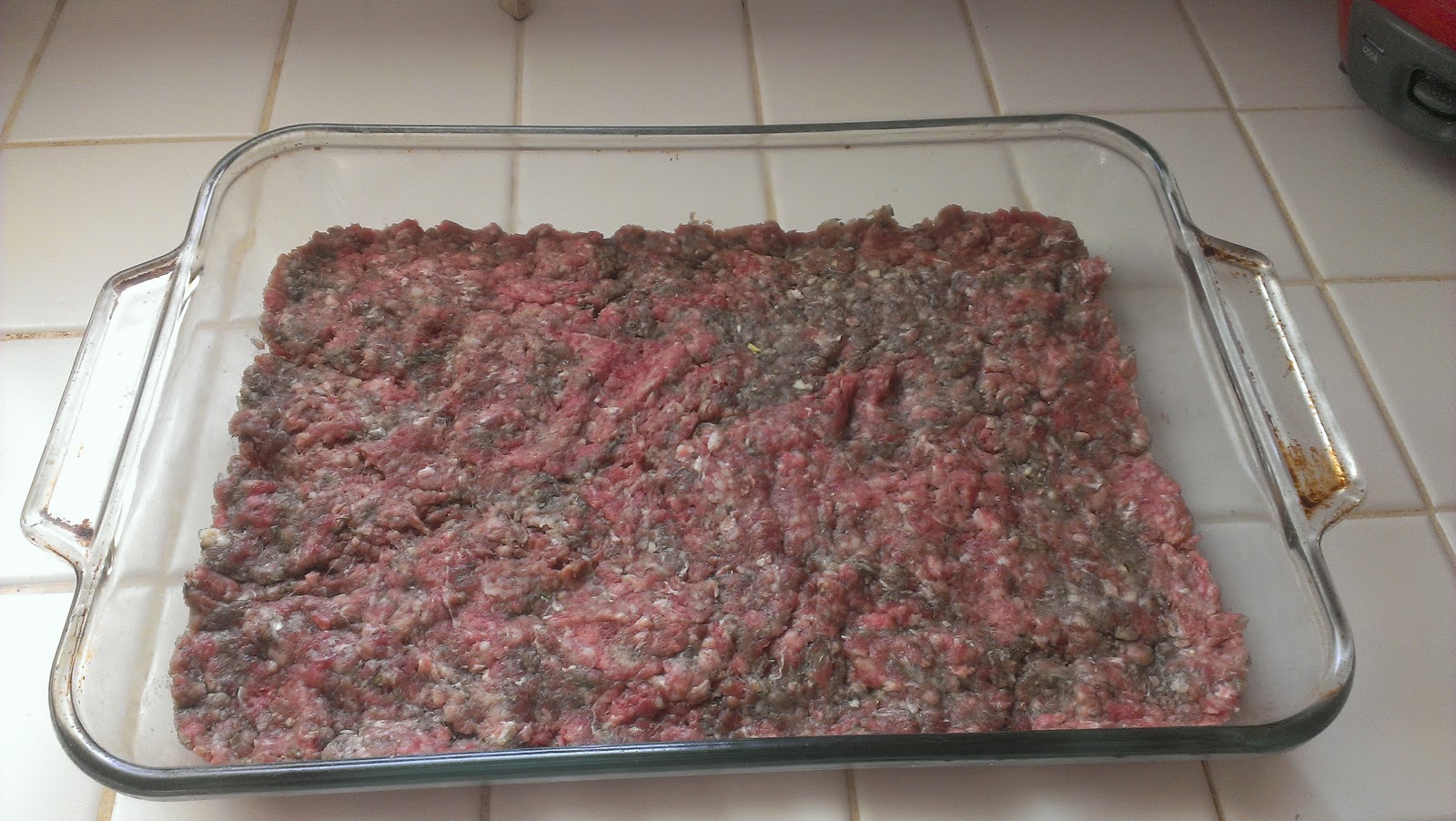 Step 2:  Remove the "crust" from the casserole dish and put on a cookie sheet.  It lifts up pretty easily and stayed together during transferring from dish to cookie sheet.  Put a thin layer of pasta sauce (for this I used Ragu Garden Vegetable to sneak even more veggies into the kids - however they did end up eating plenty of the zucchini and squash). 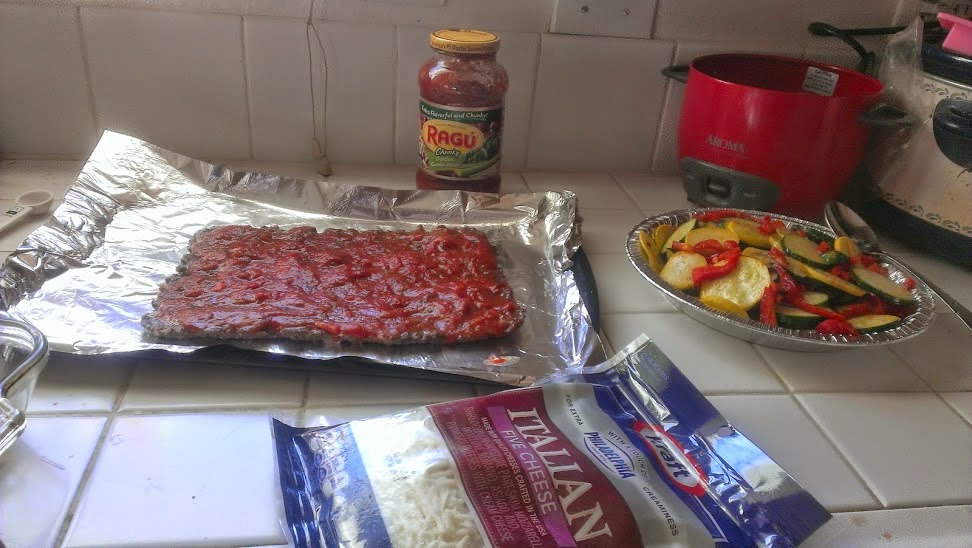 Step 3:  When it comes to pizza, the one thing that cannot be skimped on is the cheese.. My kids would revolt and would hang me by my toes from the ceiling fan if I didn't put gobs and gobs of cheese. I could probably get away without the pepperoni but not the cheese..  This one is ready to go into the oven for 5 minutes. 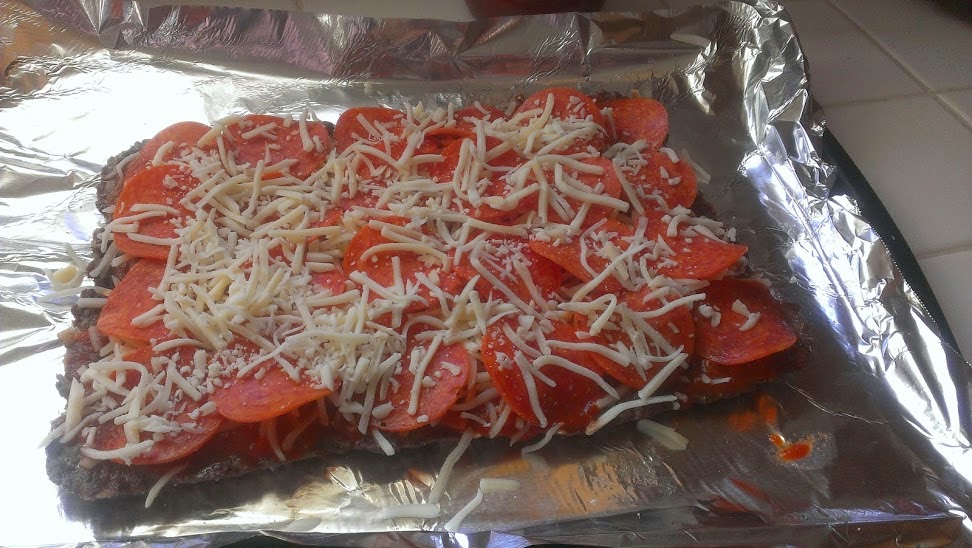 Step 4:  NOM NOM NOM NOM!!   The one meatza was enough for each of the 5 of us to have 2 slices but I would actually say that the original recipe would probably feed 4 people better than a family of 5. Next time I will make two separate meatzas so that the servings would be a bit bigger and so that the husband and I could add more toppings such as tomatoes, mushrooms, onions and bell peppers to ours.  The "crust" was extremely flavorful and we all enjoyed it very much. 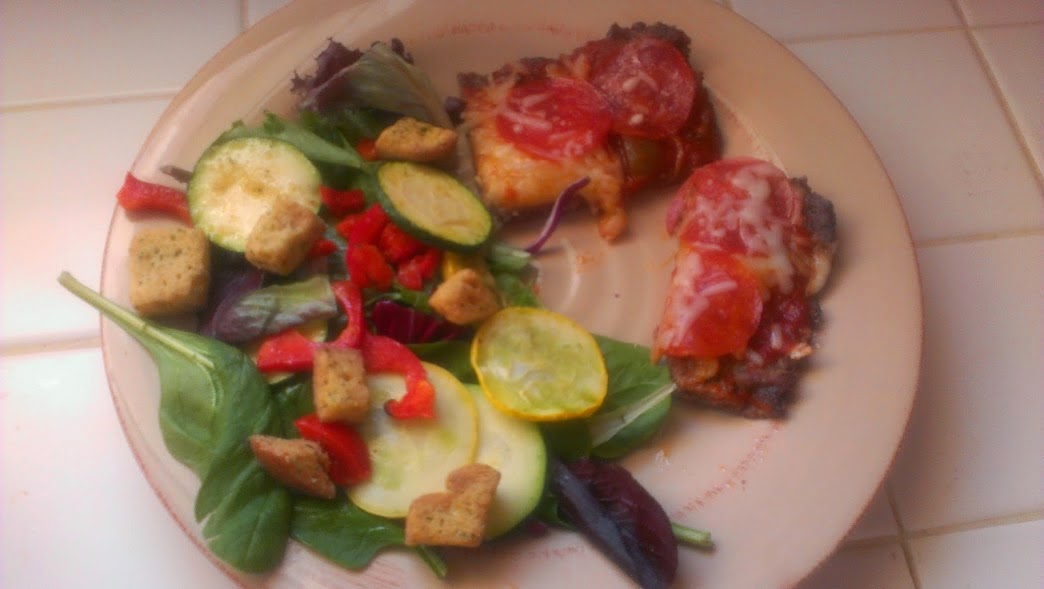 I also shared this recipe  at

. Click over to find other recipe ideas from other bloggers every Tuesday.
Posted by Brenda Prince at 8:02 PM