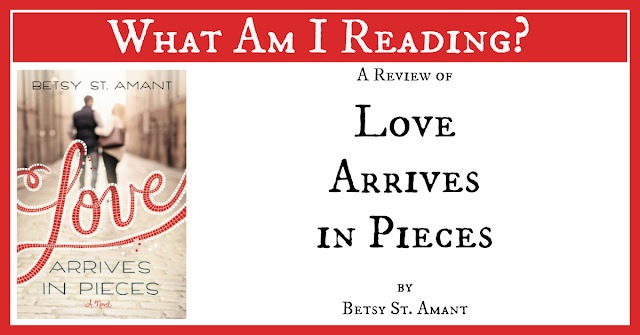 For so long, Stella was known for her beauty. Now, with her heart stripped bare, she must discover who she really is.
Former pageant queen Stella Varland doesn’t trust beauty anymore after her divorce. Her appearance betrayed her and led to her brokenness—so instead of being beautiful, now she tries to make beautiful things, but always falls short. So she keeps her passion for her secret art to herself and focuses on her interior design work. But if she doesn’t get another job soon, she’ll be stuck living with her parents.
Contractor Chase Taylor is determined to live a life of no regrets after losing his fiancée in a car crash. Now he lives life at full speed, striving to see how much he can accomplish. He knows if he slows down, he’ll fall apart. So he returns home to Bayou Bend to renovate the town’s old theater, and is shocked to learn former flame Stella is the designer for the project.
Forced to work together, Chase and Stella battle their chemistry and their pasts as they struggle to compromise and come together on a vision for the theater. Chase doesn’t understand why Stella is such a subdued version of herself, while Stella doesn’t get Chase’s constant need for productivity and speed. Their wills clash as they attempt to hide their brokenness—and their unresolved feelings for each other—until Chase breaks through Stella’s walls and convinces her to enter her mosaic tile art in a contest.
A near catastrophe, a fire, and a small-town gossip mill finally force both Stella and Chase to realize that they have a choice—to hold on to the shards of their pasts, or surrender their fragmented pieces to the One who makes a beautiful masterpiece from the broken.

My Review:
I wasn't too sure if I was going to like this book before I started it but I was very pleasantly surprised.   St. Amant does a great job bringing both Stella and Chase to life on these pages.  Stella is indeed a broken character who's feeling the after affects of a failed marriage while Chase, also dealing with his own loss after his fiancee died is as well. The author digs deep into the aftershocked of the pain and betrayal of broken relationships as well both present and past.  There is a lot of emotion in this book and you get involved in how these characters feel throughout the book. 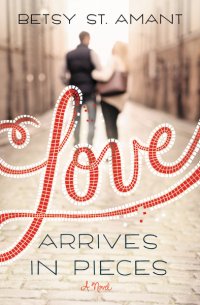 Stella is not the typical independent, strong woman you find in most books.  As said, she's a broken individual who's emotions typically overwhelm her, causing anxiety and panic attacks.  She also makes somewhat rash decisions that has consequences.  She has a supportive sister but her mother.....
Stella's Mother drove me absolutely bonkers at times.  Stella being an ex pageant queen seemed to be the only thing the mother seemed to care about and every time she said "A pageant queen doesn't..." I just wanted to reach through the page and slap her.. LOL   Here's a girl who's husband left her for a younger woman and the mom can't seem to understand that her daughter is hurting. It's like she kept driving the knife deeper.   Ugh!!
Chase is a great character who also has made bad choices in his past but has really turned his life around for the better.  He's a good guy overall, caring and compassionate.  He oozes confidence on the outside but inside he is a broken mess much like Stella.
One minor complaint. While the characters are well written and well developed, the plot seems rather weak.  For example, the book constantly refers to the past relationship between Stella's sister and with Chase and how wrong he was to ask out Stella while dating Kat.  However, as many times as this is brought up in the book (and the apparent animosity of Stella and her family towards Chase even from the start), the backstory here really doesn't reflect the serious grievance that occurred.  I felt more was needed to really develop this aspect of the story so that you could really understand and feel why they feel the way they do.  Instead of developing the story, the author spent more time developing the characters and the relationships but I would have liked to have seen equal time spent on developing the story so that it doesn't appear to be on the backburner.
Overall, I really found this book to be a wonderful read and I am sure I will enjoy more of St. Amant's books in the future.