A Trip to the Farm 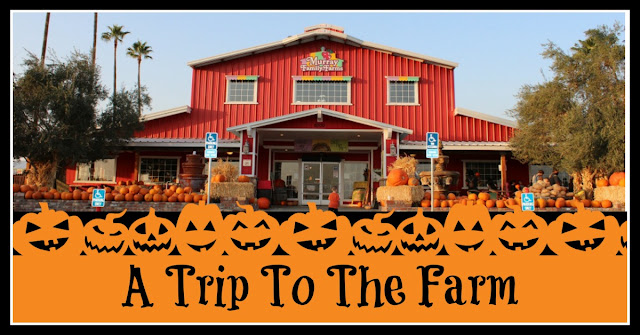 Yesterday we decided to get out of the house for the day and go have some fun.  It's getting a bit too cold for a camping trip and we didn't feel like heading off to Los Angeles so instead we decided to do something we hadn't done yet - we loaded up the car and headed to one of the local farms.  We found out that the Murray Family Farm was having a Fall Fun Fest this month and it sounded like it would be something the kids would enjoy. 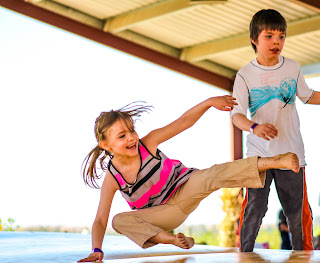 The Murray Family Farm is located just outside of Bakersfield, California is a produce farm that grows over 178 seasonal fruits and veggies that offers U-Pick when fruits are in season.  They also have many family activities and are open to the public as well as for school field trips.  It's a neat lil place that looks almost like an oasis nestled in the dry desert land surrounding it.

After paying the admission price, we headed into the fall fest area and the first thing to catch the kids eyes was the huge inflatable jumping pillow.   The kids got to kick off their shoes and burn off all the excess energy that had pent up after the hour drive.

After allowing them to jump for a good 30 minutes, we were all ready to go see what else our day had in store.. First was a walk through the sunflower patch and gawk at how big the flowers were. 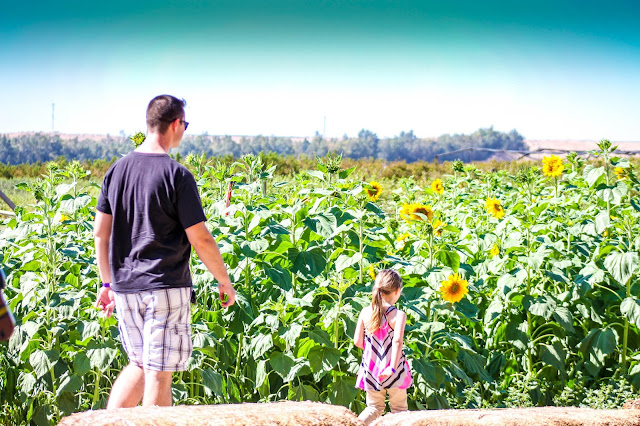 Ashleigh especially enjoyed looking at the flowers which were all much more taller than she was.

On the opposite side of the sunflower patch was butterfly house where the farm raises Monarch butterflies to help with pollination of the various plants.  The screened in house was filled with beautiful butterflies as well as caterpillars. (We tried to find a chrysalis but couldn't find any.)  We also found some pretty cool milkweed bugs hanging out on a few of the plants as well as lots of milkweed aphids.


Next stop, the sliding hill.. It's amazing how much fun a hill of dirt, a piece of Astroturf and a collapsed cardboard box can equal.. All three kids grabbed a box, headed up the hill and had a blast sliding down full speed to the bottom of the hill.   In a rare moment, Alyssa and Ash even slide down the hill a couple of times together on the same box and seemed to be enjoying themselves - a much appreciated reprieve from their usual bickering.


The petting zoo was next on our list.  Ashleigh was a bit disappointed in that you have to pet the animals through the fence and she really wanted to pet the sheep who refused to approach the fence. But they did enjoy petting the various goats and the miniature horse who was willing to approach and be handled.

There were also many various birds on display, ranging from doves, pigeons, pheasants, chickens, parrots, peacocks and one very enormous turkey.  While these couldn't be handled for obvious reasons, one of the peacocks was extremely friendly and followed the kids around hoping for food. 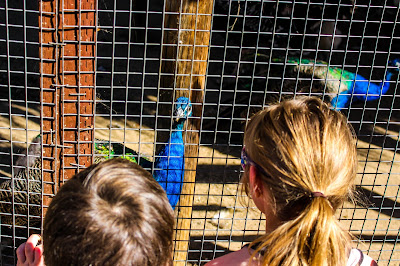 About this time, we decided to find a nice lil shady area in which to relax for a bit.  There was a really nice play area with a small ball pit for little kids as well as a climbing net for Ash and Garrett. While we relaxed in the shade, Garrett and Ashleigh had a blast climbing on the net, which was right up Garrett's alley as it was designed to resemble a spider web. 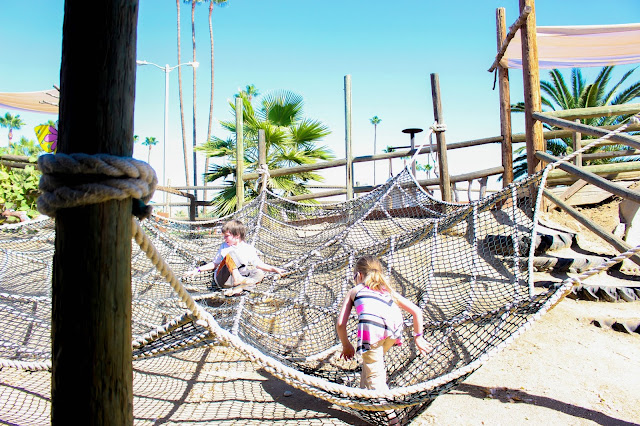 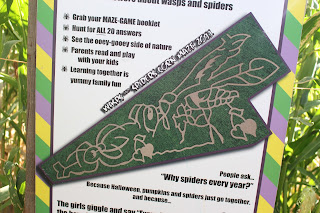 the corn maze. Garrett and Ashleigh didn't like this very much and even with temperatures in the mid 70's, it proved to be extremely hot in the maze.  It really was a neat maze though, designed to look like a wasp and a spider when viewed from the sky and there were signs throughout the maze educating those wandering through about both critters.  As much as Garrett loves spiders, the heat inside the maze proved to be too much and everyone just wanted to rush through it so that the kids could go get their faces painted.  We allowed them both to pick out whatever they wanted. Garrett's choice was a green spider web (go figure) and Ashleigh decided she wanted  a red peace sign.


It was about time to go but Ash and Garrett both wanted to make another trip to the jumping pillow.  Alyssa and Dad brought all 5 pumpkins back to our car while they got another good 20 minutes of jumping and having a great time playing with other kids. As a special treat, they were both allowed to pick out one toy from the farm's store and we all got old fashioned candy sticks and sodas to enjoy on the hour drive home. 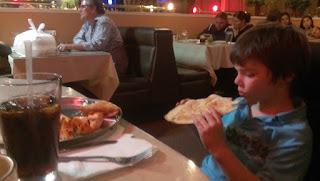 But, our day wasn't over.. After we got home, Dad told everyone to get cleaned up as we were going back out.. As a treat for Garrett's birthday, he was given the opportunity to pick out any restaurant he wanted for his birthday dinner.  Garrett requested that we go back to the Indian restaurant that we went to a few weeks ago.  This time both kids got the Chicken Tikka plate which they both gobbled down and cleaned their plates.  As a final treat, we went across the street to the Halloween store where they each had fun trying on various silly masks and hats.

I guess you can see what Garrett finds amusing :)

It was a wonderful day and everyone had a great time.  Next week, another field trip, this time to the Ventura Sea Side Highland Games.  Kilts, Bagpipes and Sword Dancing.  We Can't Wait!!