What Am I Reading? A Moment of Weakness 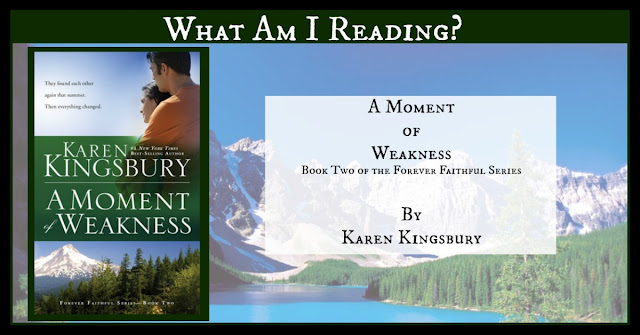 If you've been following my blog for any amount of time, you already know that I am a HUGE fan of Karen Kingsbury.  I was given the opportunity to review the latest paperback release of A Moment of Weakness which is book two of Kingsbury's Forever Faithful Series.

Had they found each other again after all these years, only to lose everything that matters most? 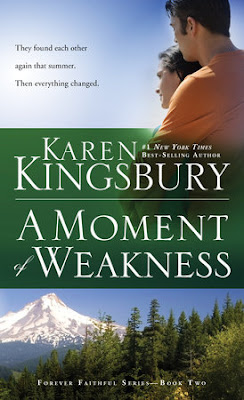 As children, Jade Conner and Tanner Eastman were best friends—until scandal drove them apart. Then, one golden summer, they find each other again.  Through endless days they share their hearts and souls and dreams of forever.  Then, in a moment of weakness, they make a decision that will tear them apart for nearly a decade.

In their own separate corners of the country, Jade and Tanner have become fighters for religious freedom. Now Jade’s unfaithful husband is determined to destroy her in a custody battle that will rock the nation and shake people’s understanding of faith and freedom. Could Jade lose her only child because of her faith? Only one man can help her in her darkest hour. And only one old woman knows the secret about that summer and the truth that can set them all free.

Much like Book one - Waiting for Morning -  Karen tells a story that revolves much about forgiveness for wrongdoings in the characters lives.  In this case, both Jade and Tanner are wronged severely by someone who should have been able to be trusted.  And again, just like book one, there's one character you really wish you could just slap some sense into.  Jade and Tanner go through so much to be together, only to be ripped apart once again because of even older wounds involving their parents.

This is a very powerful book and really taps into many different emotions while reading it. The betrayal from the mother is close to unforgivable and the hate that she holds in her heart is self destructing.  The cruelty of Jade's spouse and her father is also pretty despicable and there are no redeeming qualities to be found in either of them, although one can argue that the hatred in the father's heart is a result of the past.

This book also touches on the subject of those who claim to be Christian but fail to live a Christian life in their hearts. It's only when they learn the true meaning of forgiveness that they find the true gift of God's love.

Overall, I think this is another great book from Karen Kingsbury and I can't wait to read the next book of this series. 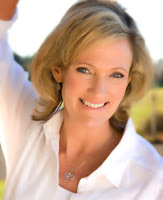 KAREN KINGSBURY is a USA Today and New York Times best-selling author, with nearly twenty million books in print.  Dubbed the “Queen of Christian Fiction” by Time magazine, Karen has written more than forty Life-Changing Drama, which encompasses the Redemption, Firstborn, and Sunrise series, as well as stand-alone novels such as Like Dandelion Dust, When Joy Came to Stay, and This Side of Heaven.  Karen and her husband, Don, live in the Pacific Northwest and are parents to six children, including three adopted from Haiti.  Visit her Web site at www.KarenKingsbury.com

Posted by Brenda Prince at 3:36 AM