What Am I Reading? (Book Reviews) 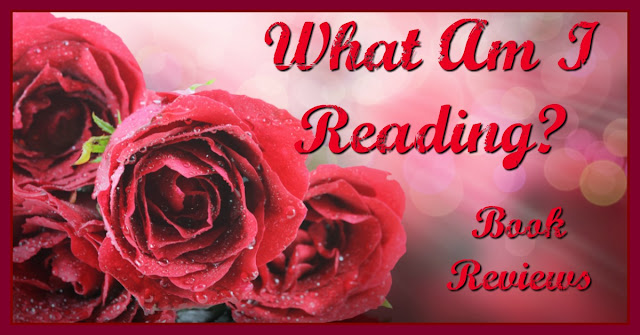 This month I've had the opportunity to read and review some wonderful books, both fiction and non fiction alike.. There's almost always a huge stack of books beside my bed that I debate which one is next and then rotate on to the next one..     Here's the ones that happened to find their way into my hands this month :) 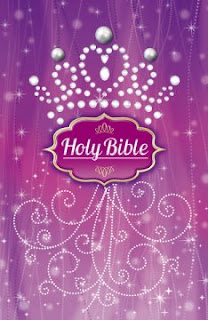 First up, the Princess Edition  International Children's Bible from Thomas Nelson Publishing.  I was looking for a more "girlie" themed Bible for my youngest daughter as her brother had a new Bible on the way so the Princess Edition ICB looked like the perfect option.. This is a sturdy hardcover Bible with purple, pearl, glitter and holographic accents was perfect for my extremely girly girl.   This Bible is in a newer translation designed especially for children in mind, putting concepts into natural terms younger children can understand, with modern measurements and geographical locations being used as much as possible throughout.    The first few pages contain an index, explanation of the translation and an index of key verses for various topics such a Kindness, Patience and Respect.   Following the book of Revelations, there is a useful dictionary, an index that shows scriptures that relate to specific Biblical persons such as Jesus, Abraham, Peter and Moses. Another index shows suggested memory verses for young girls to take to heart and incorporate into their lives.    24 full color pages offer quick information such as the names of the 12 disciples, a list (including verses) of the miracles of Jesus, maps from Biblical times, time lines and prayer suggestions. Also included is a ribbon bookmark to make your current reading.

Over all, I found this to be a nice Bible for my 7 year old daughter.  The font size appears to be a 12 point font and is easy to read. The Bible itself is smaller in size and easy for smaller hands.  My only complaint is the textured glitter accent on the bottom quarter of the top cover can begin to become an irritation to small hands after a short bit of time.

The Prophetess (Daughters of the Promised Land Book #2): Deborah's Story 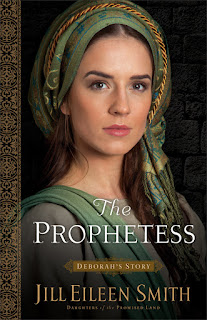 books, including the "Wives of King David" series. This particular book is the 2nd of Smith's "Daughters of the Promised Land" series and while I did not previously read the first book about Rahab, you can easily pick up any book in Smith's series in any order.

The Prophetess is the story of Deborah, the only female prophet in the Bible.   Very little is known about Deborah but as this is a work of fiction based on a Biblical figure, Smith takes liberties to weave an amazing story about this woman God used to help defeat the cruel and oppressive enemy of Israel, the Canaan General, Sisera.   The story also weaves historical facts into the fictional account of Jael, the wife of Heber the Kenite.

Smith always does such an amazing job pulling the reader into the story. This book was no exception. While Smith admits that very little is known about Deborah other than what is written in Judges 4 and 5, she presents a vivid picture of what might have been going on behind the scenes beyond Deborah and Barak's fight against Sisera.  I highly recommend this book, along with any of Smith's other writings.

21 Seconds to Change Your World:  Finding God's Healing And Abundance Through Prayer
by Dr Mark Rutland with Forward by Mark Batterson

Many of us have recited both the Lord's Prayer as well as Psalms 23 many times in our lives, but how 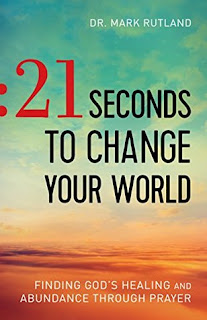 often do we really think about the words we are saying?  Mark Rutland presents both of these familiar texts in depth as well as presenting amazing stories of people who's lives were changed as they applied both of these verses to their lives.

At under 200 pages, this book is a very quick read but Rutland does an amazing job presenting information without bombarding the reader with too much technical details.  The book is divided into two parts  dedicated to David as the author of the 23rd Psalm and to Jesus as the author of the Lord's Prayer, as well as showing the parallels between the two.   Each line of their scriptures is then broken down and explained in layman's terms. Rutland then shows how now only are there parallels between David and Jesus, but also between the 23rd Psalm and the Lord's Prayer.

I liked this book and I found  much of the information interesting.  My own complaint is that I am of the belief that Jesus meant exactly what he said, we should pray "like" the Lord's Prayer.  I think when we just recite his example, or the 23rd Psalm, it becomes routine and habit and the true meaning is left out.  Even if it's just 21 seconds, I feel those 21 seconds should be used to wholeheartedly speak with God in the way Christ suggested, not recite his example.  Other than that complaint, however, I do recommend this book. 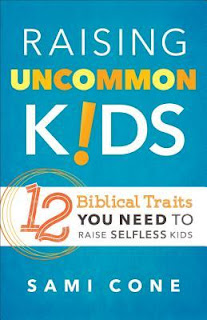 As a mom raising children in today's society, I'm probably like every other parent in hoping that my children will not grow up to be like many of those you hear about in the news.  We want to teach our children to be strong in character and morals, to try to always do what is right, to follow Biblical principles and teaching and to apply all of these things to peer pressure situations they will find themselves in when not with us.    Because of this, I really wanted to read this book in the hopes of maybe finding some gems to help make the the spiritual vs secular fight a bit more fair.

While I did enjoy reading this book, in all honesty, I found it to be more about common sense.  I already know that in order to raise children who display the traits I wish for them to have, I must first display these traits for them to observe and learn.   Children learn by example and it is our job as parents to present that example.. Cone does a great job going into detail about the 12 various traits we should display for our children (love, forgiveness, wisdom, humility, compassion, ect) and gives examples of how exactly we can show these traits to our kids.   Each of these traits have their own dedicated chapters so if one was to want to work on one particular trait at a time, it would be easily managed.

I really liked Cone's writing style - she doesn't beat around the bush and is pretty straight forward but she is also very engaging and entertaining.  While I didn't find any earth shattering revelations (maybe that just means I'm doing a better job that I originally thought at raising these kiddos), I did find it a great read and a great reminder as to what is important in raising kids of character.

Posted by Brenda Prince at 3:57 PM