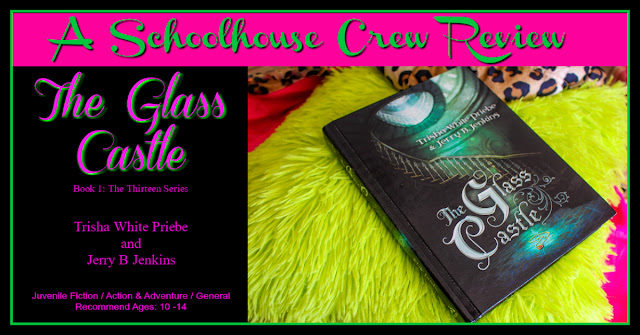 I remember as a teenager reading books like Anne of Green Gables, Where the Red Fern Grows and My Brother Sam is Dead, simple "coming of age" stories about childhood and growing up that were overall pretty PG rated.  Today, however, many of these types of titles are overlooked and instead it's not unusual to see a teenager reading books like The Twilight Saga and even 50 Shades of Grey.  I'm a bit more particular what I allow my oldest daughter to read but it has become very hard to find books in the Young Adult genre that isn't basically soft pornography geared for teenagers.  (The Young Adult genre is marketed for adolescents and young adults ages 12-18.).  However, Alyssa is still a teenage girl and she wants to read books that have a strong female character and of course an attractive male love interests.   What typically happens is that I read a book first and if I think it's appropriate for her, I'll pass it on to her.  That's not to say she doesn't pick her own reading material from the school library and the book fair, but if I hand her the book, I at least know what's in it ahead of time.

Alyssa and I were both given the opportunity to read and review The Glass Castle by Trisha White Priebe and Jerry B. Jenkins, the first book in a new Christian fiction series published by  Shiloh Run Press   (a division of Barbour Publishing).  For this review we received a beautiful hardback copy of The Glass Castle. 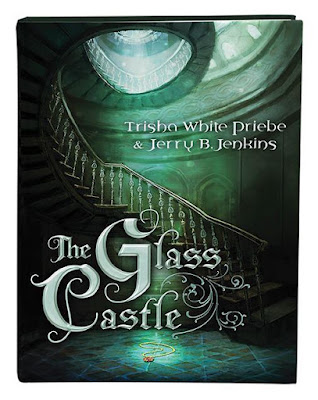 The first book in the Thirteen Series, the story revolves around Avery, a young girl who along with her brother is kidnapped on her thirteenth birthday.  Separated from her three year old brother, she is forced to live within the walls of the castle under the nose of the very King who has signed an edict to have all 13 year old orphans killed.  Within the walls, she becomes part of an underground society made up of other 13 year old orphans who perform the mundane duties of the castle while spying on the dying king and his new wife who is desperate to produce an heir to the throne.    As rumors of a missing heir to the kingdom spread, Avery and the other 13 year olds work together to find a way to be reunited with their younger siblings as well as once again find freedom outside the castle walls as well as discovering the secrets hidden within.

As mentioned before, I am always hesitant when I hand a new book to
Alyssa.  However, I'll be perfectly honest, just seeing Jerry Jenkins name on the cover of this book let me know that I wouldn't object to anything she was going to find among the pages.   I've read much of Jerry Jenkins adult fiction, from the Left Behind and Precinct 11 Series to stand alone novels such as I, Saul and Riven so I know his writing style quite well.  I also have listen to Jenkins talk about his spiritual and personal beliefs, so I knew that with his name attached to the project, there wouldn't be even one shred of sexual temptation, foul language, or current secular beliefs that go against what is taught in the Bible, especially since this book is considered Juvenile Fiction.  However, Jenkins did not write this book as a solo project and the first name on the cover is Trisha White Priebe whom also has a few Christian titles under her belt.  A writer as well as assistant to Jerry Jenkins, Priebe enjoys writing for a sixth grade audience.  I'm willing to bet that the Thirteen Series is her brainchild and Jerry Jenkins just "polished" it. Either way, I felt I could trust the content without having to preview it for Alyssa.

And it was a good thing I felt I could trust the novel because Alyssa confiscated the book as soon as it arrived in our mail box Saturday morning.

That afternoon, my husband and I went out on a date.  We were gone for maybe 4 hours total.  When I got home, Alyssa had already finished the book and was upset to know that the next book would not be released until October.

Shortly after, I decided I would read the book as well.   While it did take me a bit longer to read than just the 4 hours (that thing called Life tends to get in the way!!)  I found it to be a quick yet delightful read, even for an adult.   I can also see why Alyssa was upset that the next book doesn't come out for another 4 months as the first book leaves so many unanswered questions and you find yourself really wanting to know what is going on, especially with the cliffhanger at the end.

I really liked the character of Avery.  Granted, she's a typical 13 year old as far as being impulsive but she loves her family (especially her brother) and obviously paid close attention to what her mother taught her. Both Avery as well as other main characters have plenty of room to show spiritual growth and maturity in the rest of the series and I think there are lessons to be learned from their interactions. 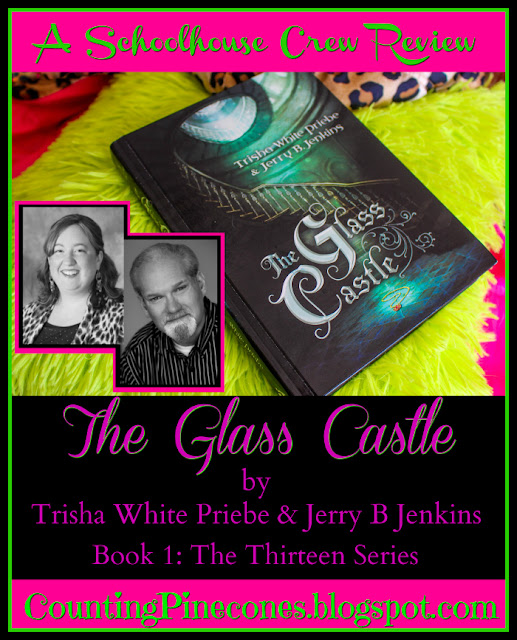 This is a great start to a series that I honest feel is perfect for ages 10 and up.  While written more for ages 10-15 in terms of vocabulary and chapter length, both Alyssa and I enjoyed it and found the story well written and can be enjoyed by even older readers.

The Ruby Moon (Book 2 of the Thirteen Series) is scheduled for release October 1st, 2016 and we already have it pre-ordered.


For more information about The Glass Castle, the authors or the upcoming release of The Ruby Moon be sure to visit Shiloh Run Press/Barbour Publishing on the following social media.

Posted by Brenda Prince at 5:49 PM