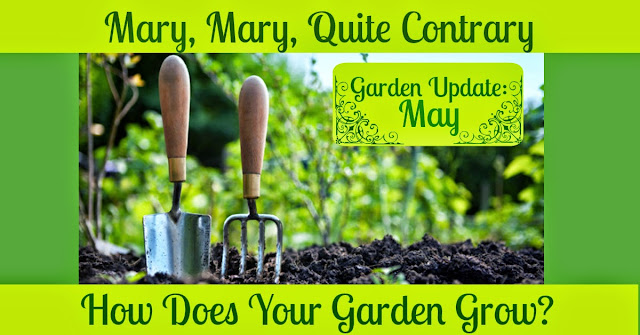 May is in full swing and the garden has started actually producing.  It doesn't seem that long ago that we started putting the seeds in the ground and now it's time to actually start harvesting some of what we've grown. 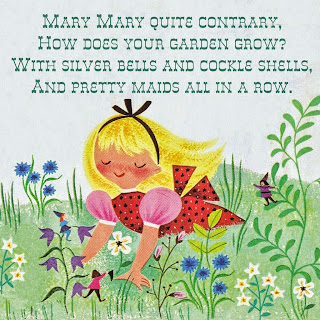 First, after I did the graphic header for the garden series I found out the meaning of that particular nursery rhyme.  Now, I knew that many of the things we learned as children were pretty warped, such as London Bridge and Ring Around The Rosie..  I never thought about the meaning of the Mary Mary Quite Contrary rhyme.

Turns out that many historians believe it is in regards to Queen Mary, daughter of King Henry VIII.   The "garden" is a reference to the graveyards full of Protestant martyrs who were put to death when they would not convert to the Catholic faith.  The Silver Bells and Cockle Shells are not flowers but are instruments of torture used during the reign of Queen Mary (I won't describe them but trust me that they are pretty gruesome).

As for the "Pretty Maids All In a Row" is far from beautiful young women or a description of a beautiful flower.  The maidens in the rhyme are believed to be in reference to guillotines used for beheading.

Yup, these are the nursery rhymes we teach our kids.. LOL

So this month we have alot going on in the garden.. I finally had to put cages around my tomato plants as they are getting much bigger and are starting to need the support. It doesn't help that there's some really good sized tomatoes starting on three of the 4 plants (the Solar Fire has just started producing flowers).  Our strawberries are also making berries but I forgot to take a picture.. 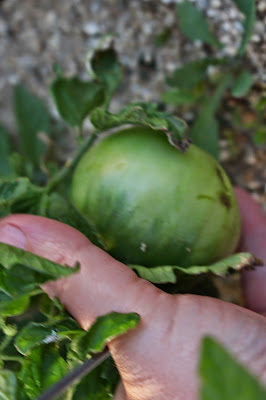 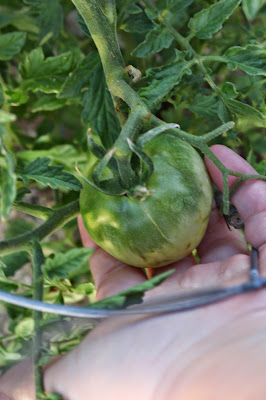 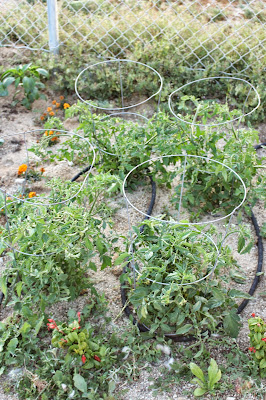 One sad development we had was that my dog was able to get a hold of my Jalapeno plant.  There were starting to be several really good sized jalepenos on it and somehow he was able to break them off.. The plant is still alive but unfortunately it will be a while before that plant starts producing more peppers :(   I did buy a second jalapeno plant though and it is not located in the back of the garden.

The Kohlrabi bulbs are now about an inch in diameter. I think we will let them grow for maybe another couple of weeks before we harvest them but the plants are looking amazing.   Next to the Kohlrabi is our onions which still have a bit to go. Then we have the radishes which I will be picking and replanting this coming weekend..   I have another packet of radish seeds, an heirloom variety, that I want to try the next go round. These particular seeds have a 22 day turn around and are suppose to taste pretty good, so we shall see :)


Notice that empty spot in front of the lettuces?  That's because we harvested the first two plants today to use on chicken sandwiches.


Finally, our Brussels Sprouts plants are producing the tiny buds that will eventually become the sprouts.  I can't believe how big these plants have gotten..   I didn't know how big they would get when Ashleigh picked out the plants but having 6 of these in our garden (3 on each side) takes up alot of space..   I'm constantly having to break off some of the greens so that the bean bushes growing beside them can continue to get sunlight. 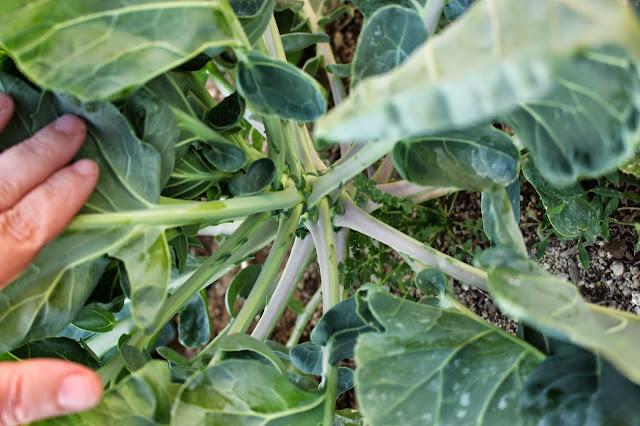 Today we decided to pick some of the lettuce to go on our chicken sandwiches. While we were out there, the kids wanted to know how the carrots were doing, so I pulled one of the smaller plants to see what we had.

Garrett didn't seem to mind at all.. ;)  (Garrett LOVES carrots and is the main reason we planted so many) 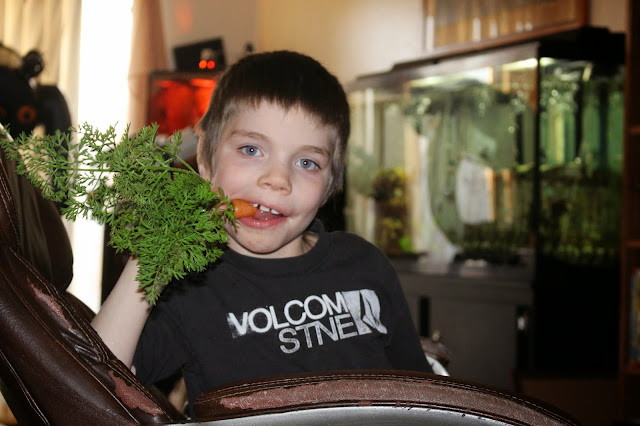 And Finally, here is our beautiful bounty that we grew ourselves from seeds..   We each took a bit of the carrot and everyone was absolutely amazed how wonderful it tasted.. We cannot wait til they get just a bit bigger..   And just look how red those radishes are.. . They look almost like jewels..    We used alot of the lettuce on our sandwiches and everyone said it tasted much better than anything from the commissary (except for Ashleigh, who refuses to eat lettuce).

Posted by Brenda Prince at 8:41 PM