Stepping Back in History: The Oak of Golden Dreams 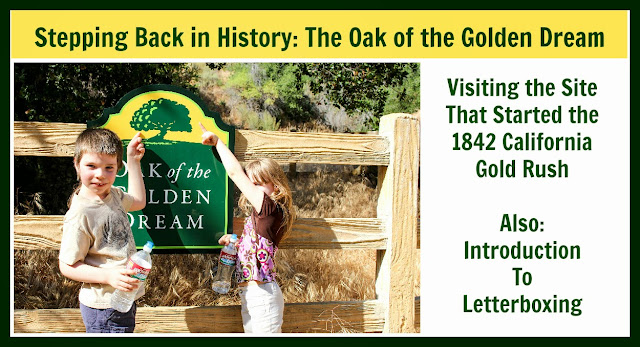 About a week ago, I stumbled upon the world of Letterboxing.

Letterboxing combines elements of hiking, treasure hunting and creative expression into an activity that the whole family can enjoy. Similiar in ways to geo-caching,you follow clues that are posted on the internet by others in the letterboxing community. Each box contains a rubber stamp and a log book. When the letterbox is found, you use your own personal stamp (which is called your "signature stamp") in the logbook along with your trail name to show that you were there. You then you use the rubber stamp in the box to leave a mark in your own personal book, your souvenir for finding the box.. Then, you hide the box back where you found it (or better if it wasn't hidden well when you found it).. Then, you return to the website and you log that the box has recently been found, letting others know it's still available as well as informing them of the condition of the box (if it is lost, needs replacement, ect). Each person has a "trail name" that identifies who the owner of the box is as well as those finding it. The Trail name we picked was "The Chuckwallas".. and our signature stamp??? 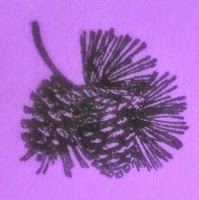 I'm not really sure what I was doing online when I stumbled upon the Letterboxing world, maybe from reading someone else talk about it or maybe in a magazine. But when I read about it, I knew it was something that we might enjoy doing as a family. I found a website for the letterboxing community and looked up our area to see if this was something that was even around us. While there's nothing on our base, there are many boxes located in the surrounding areas. I looked at many of the different clues and decided to pick a box that would be not only fun but a learning experience for us as well..

The Oak of Golden Dreams

The particular box we decided on was located in the Placerita Canyon State Park right outside of Santa Clarita, California. History says that this particular area is where the very first gold in California was found: In 1839, the Mexican Government granted to Antonio del Valle some 48,000 acres of the Santa Clarita Valley known as Del Valle Ranch. On March 8, 1842, Francisco Lopez y Arbello, the brother-in-law of Antonio de Valle, visited the rancho. While napping under a great oak tree, he dreamt that he was surrounded by gold and was very rich. Upon awakening, he picked a bunch if wild onions that were growing around some sycamore trees just north of the great oak tree. Attached to the onions roots were several small pieces of gold. This discovery by Lopez marked the first recorded discovery of gold in California.

I started our adventure by telling the kids the story of the Oak of Golden Dreams. The kids had already learned a bit about California History and knew about "Eureka- I have found it" and the Gold Rush of 1842 so this was a great opportunity to put the history with real life for them. We loaded up into the car and drove an hour to the park, a place we had passed many times on our way to LAX but had never thought to stop. This park has suddenly became a favorite place for us - it is so beautiful. We were able to introduce the kids to hiking on trails which was so much fun. (Even though we found the letterbox, we will return soon for the hiking). 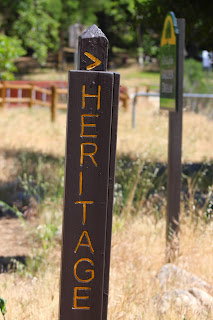 We headed down the Heritage Trail towards the Oak of Golden Dreams. This is a very short hike (maybe a
little over quarter mile round trip).. We made our way to the tree and the kids were so happy to have found it and look at it..  There are also some wonderful things to look at along the way, such as the Walker Cabin which was built by Frank Walker in 1920 for his family.  It has lots of old farming equipment that the kids were able to check out.  There's also a tunnel that is under an overpass that has a gorgeous mural painted on the walls that shows the history of the valley. 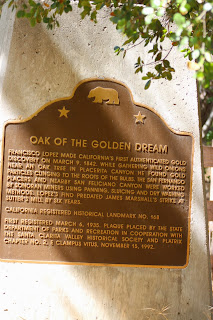 One we enjoyed the tree long enough,  we needed to find the box.. It took us a while to find it but we eventually uncovered a bright blue piece of plastic hidden underneath some bark and leaves.

We all yelled "Eureka" and everyone was so excited. 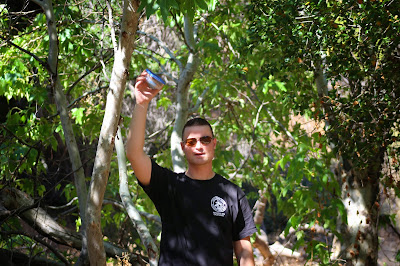 It was a small tupperware box about 3 inch by 3 inch square. Inside we found a small plastic turtle (the

owner of the box's trail name is Turtleboy), a ziplock with a felt bag and another zip lock with a tiny notepad. Inside the felt bag was the rubber stamp, hand carved by the owner, for this particular letterbox. We took pictures, documented everything, put our stamp into the logbook and stamped our own book, cleaned the stamp off for the next person and put everything back in their bags and back in the box. 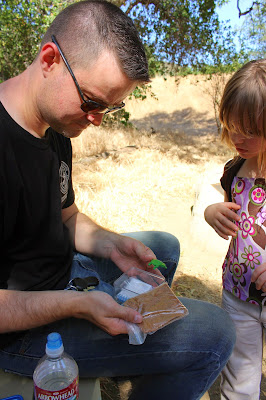 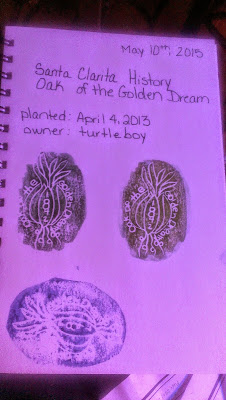 Our first letterbox was a success.. We returned the box back where we found it, covering it up well for the next person to find.

We sat for a while enjoying the quietness of the area as we watched hummingbirds, a Western Scrub Jay and various lizards wandering around. The kids enjoyed checking out the tree (it's been a long time since we've seen a REAL tree) and climbing on the fence and rocks.

Finally, we hiked back the way we came and visited the Nature Center..  There we were able to observe a turkey vulture, red tailed hawk, American kestral, and some desert tortoise.

There was also a really neat visitors center there that had other exhibits showing various animals that live in the canyon area..  I was really pleased with this park and can't wait til we get to go back again to hike.. We had a great time.

If you think you might be interested in letterboxing I would suggest heading over to the website Atlas Quest.  There you can look up your area by city name or zip code and see if there are any letterboxes in your area.. It's very easy to get started, just print out a clue, grab a book to stamp in and also a small stamp (ours is 1inch square) to stamp the logbook.. I would also recommend bringing a marker in case the letterbox doesn't have an ink pad with it (the one we found today did not have one).

This will definitely be something we will be doing again in the future. And had I not stumbled upon the letterboxing community, I never would have found this little gem of a park either.


This post is part of the the Homeschool Review Crew's Field Trip Inspiration Round up. For other great field trip ideas from around the country, be sure to click the image below :)