Shadow of the Mountain - Exodus by Cliff Graham 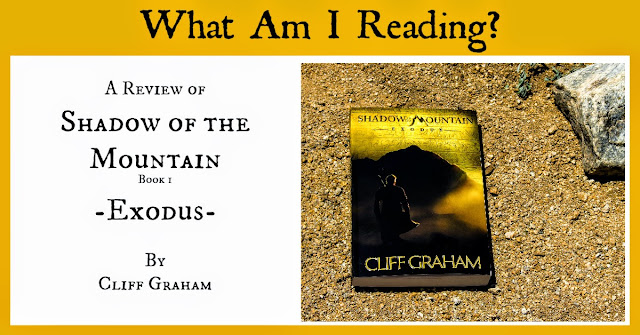 Two men were brave enough to tell the truth about what awaited the liberated Hebrews in the Promised Land. This is their story. From the slave pits of Egypt to the efforts of an eighty-five year-old Caleb as he battles the last of a race of fearsome giants, Shadow of the Mountain is a vivid portrait of two of God’s chosen champions, and a meditation on masculine mentorship and the challenges and blessings of growing older.

Exodus, the first volume of Graham’s Old Testament saga, begins with Caleb as he prepares to attack the fortified city he has claimed for his inheritance. He refuses to spend his twilight years resting, and instead is driven to claim the victory the Lord promised him decades previously. Capturing Caleb’s early days as a mercenary for Pharaoh in Egypt watching the Hebrews suffer under the yoke of slavery, through a desperate fight with Anakite giants in the dark forests of the Israelite hill country, this is a story filled with the epic battles, gritty intensity, and supernatural events that made Graham’s Lion of War series a hit. Shadow of the Mountain is destined to ignite a love for the Scriptures in popular culture. 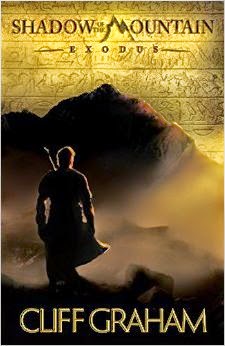 This is manly man's book.. There's lots of fighting, military techniques, description of violence and lots of blood and gore.  There are chariots crashing into walls, torturous military training that leaves men dead and ambush attacks.  This book is every man's dream...

I ABSOLUTELY LOVED THIS BOOK!!!    The descriptions are far from over the top and aren't thrown in for shock value like many authors often try to do.  Instead, they fit the context of the story perfectly and do not distract but add to the story. And what a story it is!

I have never read anything by Cliff Graham before. Honestly, prior to this review, I had never even heard of him but he is indeed on my radar now.  The character development that he put into Caleb is probably some of the absolute best I have ever seen. I really got a feeling for Caleb, who he was and how his life made him who he was.  Yes, Graham takes many, many liberties in order to weave a story around a very obscure character from the Scriptures but he does it in such a way that it is very believable and does not take away from what we know of him from the Bible.  Caleb is not without his faults  and is not the perfect hero which makes him that much more real.

Graham also weaves a wonderful character out of Pharaoh, from a young man wanting to prove himself as a warrior all the way through the story of Exodus.   By making Caleb a member of Pharaoh's Royal Guard, The Red Scorpions, Graham allows us to view the story of the Exodus and each of the plagues from the viewpoint of the Egyptians rather than the Hebrews.

The entire time I was reading this, my teenage daughter, who had read the synopsis on the back cover, was bugging me to let her read it. No sooner had I finished it, it was in her hands and she was reading it. It's that good.

This book is the first of a new Series by Cliff Graham and I must say, I am looking forward to the second book.

Cliff Graham is the author of the "Lion of War" series of novels based on King David's Mighty Men, soon to be a major motion picture franchise. He was an officer in the United States Army and veteran of Operation Enduring Freedom.
Cliff speaks around the country, and he and his wife Cassandra live in the mountains of Utah with their children.

I received a copy of this book from Bethany House Publishing in exchange for an honest review. The thoughts expressed here are my own.

Posted by Brenda Prince at 1:37 PM