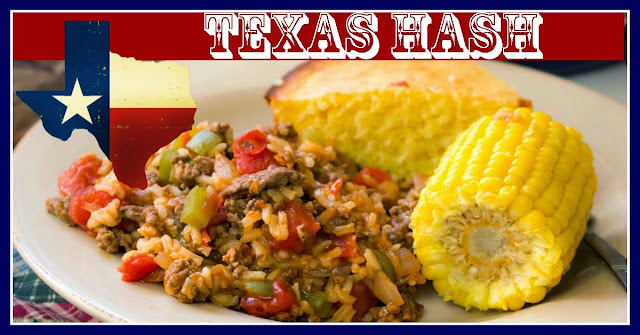 Here in the Mojave Desert, it's been significantly cooler then normal for this time of the year.  Typically by this time of the year, the sun is baking and the temperatures are soaring well into the triple digits. Instead, its been in the 60's and 70's during the daytime and much cooler in the evenings and into the night.  Since it has been chillier then normal, I decided a pot of Texas Hash along with some corn bread would make for a great meal.   This is a really great one pot meal that's easy to fix up in a skillet, takes about 30 minutes (depending on how long it takes you to chop the veggies) and is very filling.   It's very much like a deconstructed stuffed pepper but much, much easier :)

First thing I always do is gather my ingredients so that they are within reach..   For this recipe you will need Rice, two cans of diced tomatoes, paprika, chili powder, black pepper, and garlic salt in addition to 1 chopped onion, 1 bell pepper and 1 lb of ground beef.  (As this is a TEXAS recipe, using anything except beef would be an insult ;) lol)

Brown up your meat, onions and bell peppers 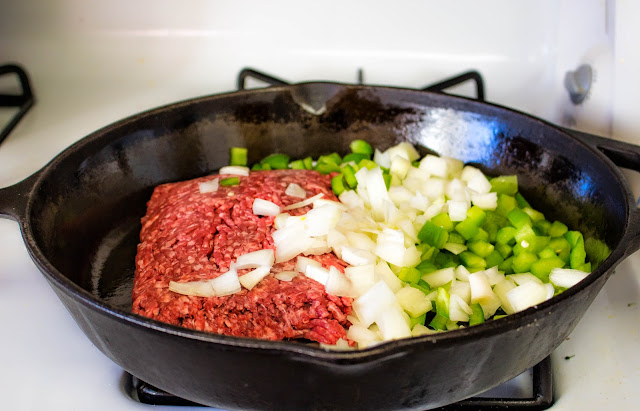 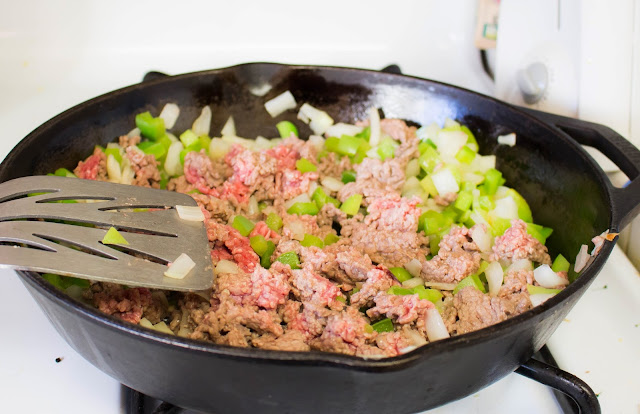 One the beef is no longer pink and the onions are translucent , mix in 2 cups of water, 2 cans of diced tomatoes (with juice), rice and all your dry seasonings.. Mix together and bring to a boil.. Once boiling, reduce heat, cover and simmer for 20 minutes until most of the liquid has been absorbed into the rice.  Be sure to stir occasionally to avoid the rice sticking to the pan. 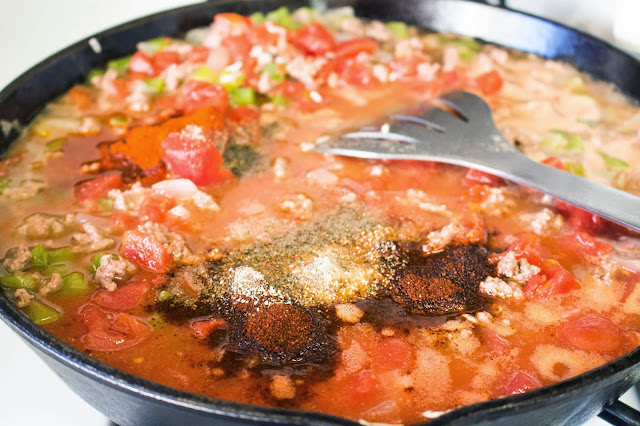 Serve with some sweet cornbread, a salad or some corn on the cob.. 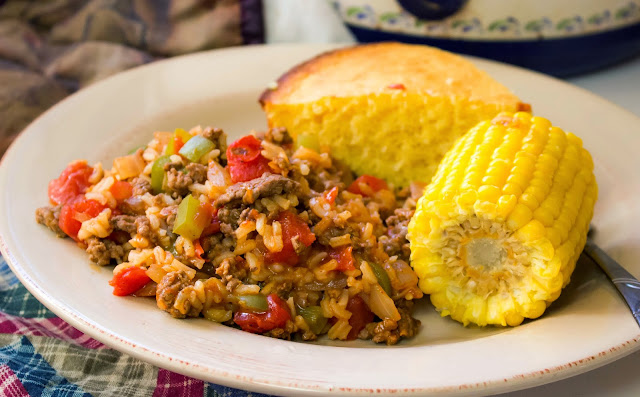 And of course, here's the recipe to save for later :) 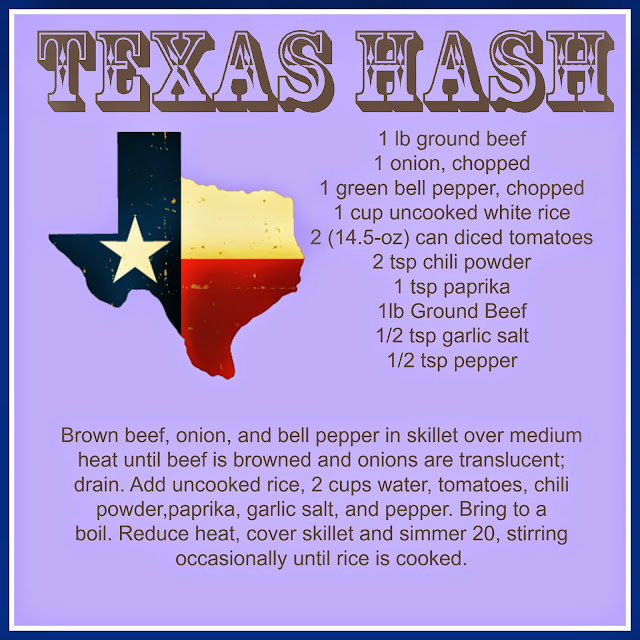 Posted by Brenda Prince at 9:11 PM