What's In The Skies This Month - May 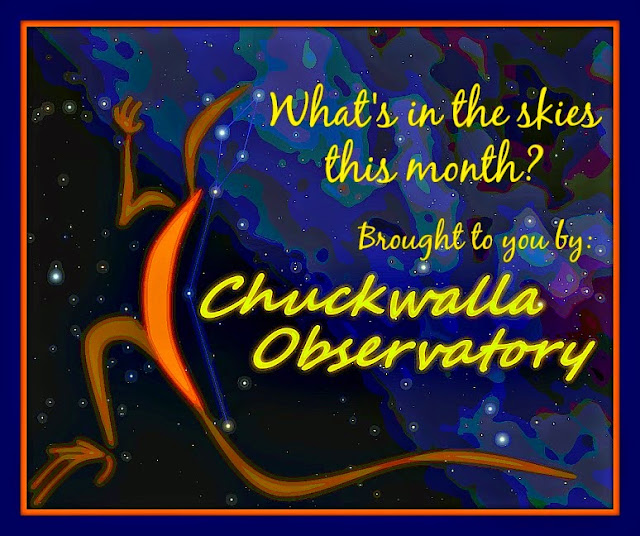 It's early May and I'm running a bit behind on getting this month's update going, so I apologize.  But without any more delay, here is the latest installment of  "What's In The Skies This Month", where Charles from Chuckwalla Observatory joins us to give a quick rundown of what's going on in the heavens this month.   A Huge thank you to Charles for taking the time to write this for us :) 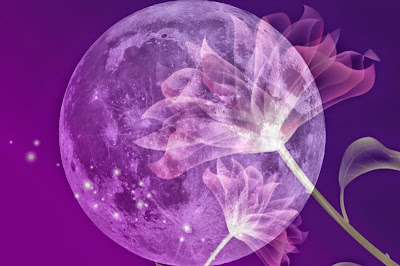 The full moon of May falls on the 4th. This moon is known as the Flower Moon, simply because the spring flowers are in full bloom during this time.


May's new moon is on the 18th. This is a great time to look for those faint fuzzies with your binoculars or telescope.

Mercury will reach greatest eastern elongation on May 7th. Being an inner planet, Mercury is rather difficult to observe because it never strays too far from the sun. But at greatest elongation, Mercury will be at it's highest point above the horizon in the evening hours...and thus presenting the best opportunity to observe it. Look for Mercury in the western sky immediately after sunset. Being an inner planet  (relative from Earth), Mercury progresses through phases just like Venus. In a telescope at high magnification, Mercury currently appears like a wide crescent.

Venus it still getting brighter and higher. If you've been keeping track of the appearance of Venus over the past few months, it should be apparent that it's phase has changed considerably. It is now nearing a half phase, similar to our moon's first and third quarter phases. It also appears much higher and brighter in the evening sky than it did a few months ago. It is now so bright that is is actually possible to spot it during the day with careful observation. It should reach it's maximum brightness in July.

Saturn is the star of the show this month. On May 23 it will reach opposition, marking the best time to view the ringed wonder in a telescope. This year we will be treated to some spectacular views, owing to the fact that Saturn is tilted down toward us. Most of it's ring system will be visible, as well as Saturn's northern pole.

This presents a good opportunity to observe the famous "Saturn Hexagon", which is a persistent hexagonal cloud formation situated directly over Saturn's north pole. The clouds of the hexagon are of a contrasting color compared to the rest of the northern hemisphere, making it easy to spot under good seeing conditions. At the center of the the hexagon is a vortex.

Saturn's rings will be a spectacular sight, will most of the ring system being illuminated by the sun. The portion of the rings directly behind Saturn will be obscured by a combination of Saturn's northern hemisphere and the shadow of the planet itself being cast onto the rings. You will be able to discern this shadowy area in telescopic views. You should also be able to easily pick out the Cassini division, the dark gap that separates the outer A-ring from the inner B-Ring. From Earth, this gap looks like exactly that...a gap. But in reality, this gap also contains rings that are much darker in color than the rest of the system. The Huygens Gap is also contained within the Cassini Division. Under excellent seeing conditions, you might be able to spot an outer, smaller gap in the A-Ring called the Encke Division.

You may have noticed that the names of the gaps in Saturn's ring system all are named after people. Giovanni Cassini, Christiaan Huygens and Johann Encke were all prominent astronomers and scientists during their day. I recommend doing some light research and learning about their contributions to modern astronomy and other sciences. 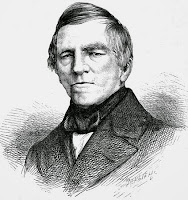